The cabal has met...
And the decision is: Sunday. 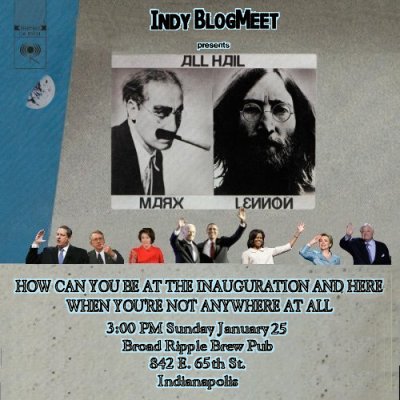 Thanks to Shermlock for the Artwork.

(Editor’s note (or what would have been an editor’s note, if this blog had an editor, which it does not (which should (by now) be obvious)):  The meeting of the cabal actually took place about a week ago (not to be confused with the secret cabal meeting (of the PFFTDOBD), which was yesterday), but I am only getting around to posting about it (that is, the regular cabal meeting, not the secret cabal meeting- concerning which I am sworn to... erm... secrecy) today, having been out of town and faced with problematic internet service (and an uncooperative.laptop), about which (the internet service, not the laptop, which is hopeless) more anon, should I have the strength...)

Today’s boring blog stuff
Just spent half an hour fixing all the links in this month’s posts which I’d erroneously dated “2008” in their titles.  A slight nuisance, because it has to be done in the Edit Source window of mee.nu’s composing screen.  Which, every time you do a “save,” screws up the formatting.  (I want an em-space at the end of each sentence, dammit!)

And I note that while I was sleeping this weekend I received what I believe is my very first Insta-link.  Thanks Glenn!

Sites linked - December, 2008
A flurry of posts in the last few days of the month turned what looked to be a dull December into (at least) a respectable one.  Total posts = 46, three better than November and 17 ahead of August’s y-t-d nadir (29).

The December linklist is below the jump...