Wow, talk about a shout-out...

Around the neighborhood...
Loose Ends  Dept

My Work Here Is Done:  Every woman in my life now either has or is considering a gun for self-defense...

and Joanna shuts it down (December 14):

I've decided it's time to shut it down and start something new.  Ta!

Reminder:  Dormant blogs do not excuse one from missing blogmeets (see below).

The Confederate Yankee folks have relocated:

I’ll [Bob Owens] be moving to my own self-named blog, which will consolidate the future political blogging I’d previously done on CY with the gun-writing I’d been doing at Bob's Gun Counter...

Convalescin’:
While I was distracted elsewhere, Brigid took Barkley for an icy walk...

Just a word of advice.  If you’ve spent 30 something years running, carrying big back packs, flying jets, rock climbing, dodging trouble and giving a cat a bath, do NOT try and walk your 90 pound lab down an icy sidewalk when a female golden retriever is going the opposite direction.  Just saying.

...and blew out her knee (ouch!).  She appears to be taking it well (well, as well as could be expected):

This last week, I did use one of the store scooters at the big box mart as there was no way I could get through the store on crutches for what I needed...

The scooter was sort of fun, though one of the greeters came over and asked if I needed help operating the controls (which consisted of forward, backwards, right and left).  Granted it might be more difficult than the T-39 (which was built when someone was having a sale on Relays) but I was good to go, thanking them for their help...  I was not only able to do a cookie in the chicken aisle, I found that the displays in electronic made for great S patterns at top speed.  I also disovered that fat guys with carts containing 200 bags of Tater Tots can move surprisingly fast when faced with a redhead in a Springfield Armory T-shirt, converging...

Enough to give anyone pause.  Best wishes for a quick recovery.

The Nerds are restored.

Blogstuff - catching up
While Homer was nodding...

In the Good Folks department, Susan, formerly at Wildrun, now has new (blogging) digs at The Owl House.

Wildrun was a wildlife control and cat chasing venture started by a 28 year-old young woman with a truck, a boyfriend, a catchpole, who got a real sense of joy being out in the small wild lands that edged our suburban world. I caught things.  Woodchucks, raccoons, skunks, now and then a beaver and...cats.  My life was running around, catching things.

The Owl House is a house on a quiet road in something close to the middle of nowhere, surrounded by older neighbors of German and Finnish origin, and younger neighbors who just wanted to walk out their door and see the sky, hear the creeks, and appreciate other folks who loved such things.  And instead of me having to go get the cats, the cats more often come to me.

A change in focus, but still "all about” cats. I’ll update her link shortly.

Jammie Wearing Fool(s) (sidebar link: "Court Jester in PJs”) has a new address and a new look, but, unfortunately, a bunch of design problems: Most of the links - including "Contact Us” - don’t work for me, and select-and-copy text is locked out.  (I suspect bad code in one of those goddam third-party widgets that seem to pollute more and more web pages, but I viewed the source and still can’t figure out what’s happening.  Maybe Brian ought to have a look... if just for a laugh.)  For the moment I’ll leave the link pointing to the old site, and give ’em a week to get things fixed, at which point I’ll change/delete it.

More successfully, Daily Pundit hasn’t moved, but has done a restyling.  Bill is still tweaking with the PHP, but unlike JWF, ’most everything’s working.  Go take a look.

Next Indy blogmeet?  Roberta is calling for suggestions, and Thanksgiving is almost upon us.

And finally, today it looks like the Islamists have hijacked Atomic Nerds. Joy. 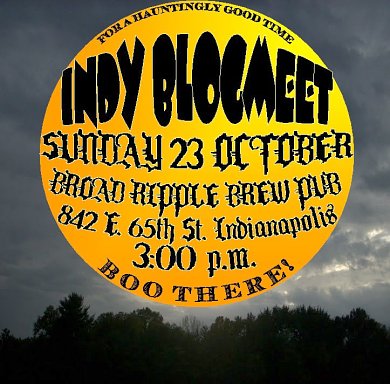 Yes, there was a blogmeet Sunday

from Roberta (with pictures)
from Brigid (with more pictures)
from Og (with NSFA pictures)
from Old NFO (with a wheelbarrow full of money)
from Mr.B (with enthusiasm)
from Midwest Chick (with lessons learned)
...and from Miss D. (whose life sounds like mine right now!)

Hey, it’s so awesome, we even get reports from people who can’t make it!

Got to meet a bunch of interesting people, with several additions coming to the "Bloggers I’ve Met” section of the sidebar as soon as I can crawl out from under and catch my breath. As Tam noted, "pretty epic.” (Just imagine what next month will be like...) 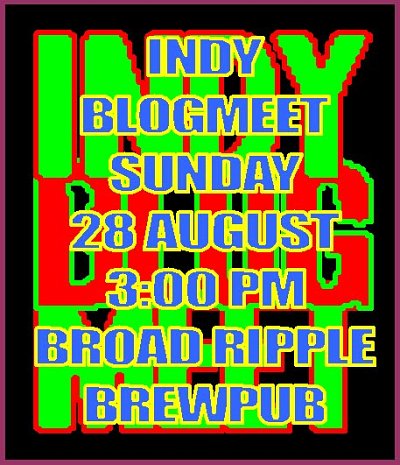 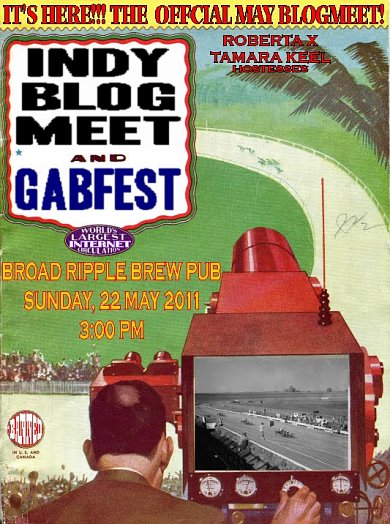