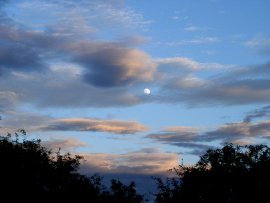 Time for a Solomon Amendment that applies to cities

Captain Greg Corrales commands the police traffic bureau that works with crews shooting commercials, TV shows and movies in the city. He's also a Marine veteran and his son is serving his third tour of duty in Iraq.

He says Film Commission Executive Director Stefanie Coyote would only allow the Marine's production crew to film on California Street if there were no Marines in the picture. They wound up filming the empty street and will have to superimpose the Marines later.

"It's insulting, it's demeaning. This woman is going to insult these young heroes by just arbitrarily saying, 'no, you're not going to film any Marines on California Street'"... -- KGO TV report

It's not enough to treat the 20-year-olds like children
Let's do the same with the 80-year-olds!

Read the quotes. Smell the condesension.

Teresa runs the numbers on the federal government's "do-not-call" database.


-----
[1] And anyone who finds himself matching a tune to the headline (1) is far older than he appears, and (2) qualifies for membership in the Lileks 1950s Trivia Scholars League.

Gathering storm?
Two scary articles in the Telegraph:
Note that today the Canadian dollar hit parity with the U.S. dollar for the first time in 31 years:

Kicking off year 6... "Diamond Geezer" (found on the blogroll as "Best London Trivia") has begun his 6th year of blogging with a visit to the "random borough" of Haringey.

"I could not stop the tears." "Tree Hugging Sister" reports from New Orleans:

The second and third floors of the buildings are empty. And it's not just that block. They're almost all empty. It's like a creepy fantasy village, where most of the street level shops on the main thoroughfares are open (it's a different story on sidestreets ~ two or three shuttered shops in a row at a time), but the floors above are a facade. People work there...but no one lives there...
...we've dropped down on the Irish Bayou side of the Pontchartrain I-10 bridge and SEEN NOTHING the whole way into the city. Miles upon miles of bleak abandoned apartments and condos and housing tracts by the thousands... It's all still standing ~ all the businesses, buildings, neighborhoods ~ all still standing. But now a ghost town of unimaginable scale.