Got questions? Tam has the answers!
Start here. 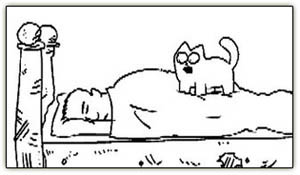 There actually isn’t any Stapler Policy Center, but there should be.

...because it’s more necessary than the VPC.

2 Or, how about UGLOG: "Unit of General Local Government"

Life would be incomplete without it...
Wonders of Technology Dept

Begin by adding a canholder.  Then...

All it needs is a cigar lighter and you’ll have your alcohol, tobacco, and firearms covered in one tidy package.

...sez Alice H at doubleplusundead, where you can see what this one is hanging off of.


(Frank J. gets the blame for starting this.)

Random Linkage - July 17, 2009
I can’t write because I’m too busy reading Dept
Mmm-mmm Good!
Thanks to “Mætenloch’s” comment at Ace: Oatmeal Stout and Heath Bar Ice Cream
(I wonder if that recipe would work with Taddy Porter and Oreos?)
O’Sullivan’s First Law Strikes Again
Dick Morris considers Obamacare’s likely effect on the elderly and wonders, “Where’s the AARP?” (Hey, It’s not about the old folks, it’s about advancing the progressive agenda!)
Via Billy Beck, who says the AARP’s “foolishness” is

...like watching people dressed in their Sunday best, laughing and having a good time on line for the Zyklon B salad-bar.

and that the answer is not the status quo, but to destroy the current “evil-in-its-roots” (socialist) system altogether. (HT: Tam.)
Shall we blame Canad(a/ians)?
Joanna contemplates Canadian-style healthcare:

They were completely helpless in the face of outside forces, so instead of taking initiative to try and solve a problem or expedite a process, they let the system roll over them

It seems that I'm not the only one who finds the whole current obsession with fluffy unreal electronically-based “life” less than fulfilling and completely unstimulating/incomprehensible.

(Go look, there’s even a Venn Diagram!)
Long time passing...
McGehee and Charles G. Hill, each musing on auld acquaintance.
(One whose words I miss is Will Warren, whose “Unremitting Verse” brightened and enlightened the days after 9/11. A partial archive remains here. It’s more than worth a perusal.)
You’ll never miss me till I’m gone
In which Brigid demonstrates that one of the best ways to provoke reader comments is to make your reputation as a great writer, then anounce a blogging hiatus.
Better ask Rachel Lucas
Meryl wonders, “Can I call myself a Southerner yet?”
Don’t let ’em push your Guilt Button
In Defense of Pets (via LabRat)
...which segues right into: Cat stuff
They do, in fact, control their owners
... not that this should be news, particularly. (HT: Joanna)
A pair of 2nd Birthdays at Breda’s
Happy Birthday, Tighe and Ronan!
It’s Cats and Kids at Meryl’s
Laurence has a Hipcat.
“...like a Senator and his doxy, frozen in scandal”
(So where’s the pictures, already?)

1 Re: beer and ice cream, I do enjoy a good Guinness float made with a creamy vanilla ice cream.

Ready - or Not?
Is your city prepared for a home-made nuke?
Via Instapundit, who notes:

I was discussing fallout in Administrative Law class... and realized that today’s law students have virtually no understanding of things that were common knowledge in my Cold War childhood. I suppose that’s a good sign overall, but . . . .

Radio Unprepared for Another 9/11

How is an industry that can’t stop the voice tracking and can’t even do the weather going to cover another emergency the level of 9/11 or worse?

The short answer is – it can’t.

Read ’em both.  And pleasant dreams.

Yes, they are...
SayUncle is discovering some differences between cats and dogs.

1 My wife and I have lost three cats over the years. The first was Morris, or Pookie as my daughter renamed him. He was 15 when we inherited him. He lived with us for three years. He was followed by our two garage-sale sibs, Chicory (male) and Willow (female) a brother/sister pair. They stayed for five and six years until kidney failure took them one at a time. We now have a mother/daughter pair, Amber (a small tiger-stripped tabby) and her daughter Snowflake (a large pure-black cat weighing nearly fifteen pounds and not fat.)

A house without a pet, dog and/or cat, is a lonely house.

Bobbie has a new blog
Forward, into the past!