I hereby promote hatred for an “identifiable group.”  That group is the politically correct, mealy-mouthed, oppressive, petty, puffed-up, would-be-Hitlers that wish to destroy freedom of speech.  They blight your otherwise dandy country and are, unfortunately, rising to power in every corner of the once Free World.  I hate this “identifiable group,” which includes you, Provost Houle.  I urge any and all to hate you and your kind, to loathe you, to taste bile at the thought of you, to shudder at your approach and rejoice at your departing, to see your shadow and draw back as from a viper...

And that’s just getting started.  I am in awe!  RTWT.

It’s little things like this...
The Sting at the End of the Tail  Dept
...that keep me checking Tam’s blog at least once a day:

“Then she asked Senator McCain what conservative lawmakers had to say about all this, like he’d know.” - “Fear and loading.”

Palin campaign against a conservative and for socialist McCain in Az today. Sad.

BOLTON is the man for the job in 2012. Let's draft him. He's an straight up honest guy, not a statist, and he hates commies and hates islam.

Sour notes
Kyle Gann wonders about the usefulness of publishers to the contemporary, serious composer:

For me, trying to make money off of scores is just a dubious proposition.  The amount I might make seems trivial compared to the wider distribution I get from having interested musicians be able to check out my works whenever they want.  There’s also a certain resentment of the music publishing industry involved, since no publisher is likely to accept any music as commercially unprofitable as mine, and my understanding (from Philip Glass and many others) is that, even if a publisher takes your work, the most likely result is that they will print a few copies, keep them in boxes in warehouses as a tax write-off, tie up the copyright, and make your music more difficult to obtain even for those willing to buy it.  Of all the friends whose music I write about, the few whose music is officially published are the ones whose scores I have a devil of a time trying to get.  When the scores are available for perusal only, I sometimes can’t get access to them at all.  I’m also conditioned by my score-starved youth: so many of the scores I desperately needed to see when I was a young, studying composer couldn’t be had under any circumstances.

It’s been a while since I purchased band parts, but I remember the process as often being expensive and frustrating. Even if you could obtain what you were looking for (no certainty), the instrumental parts supplied never seemed to match the ensemble (too many clarinets and not enough flutes, for example).  That problem was- supposed to- lead to an order of extra parts from the publisher (frustrating, with long delays and outrageous per-page charges), but was (usually) solved with a bit of clandestine copying (a.k.a. *PIRACY*) instead.

Even back then I was wondering why arrangements didn’t come as a printed conductor’s score plus a disc of PDFs. 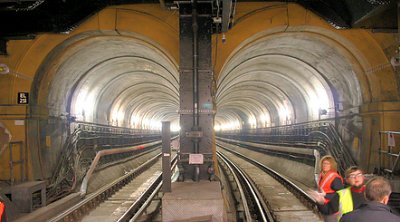 A most civil dressing-down
Some passages are joys to read, just for the style of them.  And then there are the ones with substance surpassing their style:  Point of order.

Three stages of regret...
Three so far, that is.
Via:  Mind Numbed Robot, via Moe Lane