All you need to know about FinReg
Congress labored, and brought forth an abortion  Dept
“nemo paradise”:

The people trying to keep a straight face while suppressing the urge to yodel are the lawyers, because they are going to be very, very busy for a long time to come.

No one can agree on what this bill actually says, since the one thing that is clear is that nothing is clear at all.  This is hardly surprising, and very much in line with what most lawyers really expected.

If [FinReg had been law in] the year 2000, the only part of it that might have prevented, or at least slowed down the crisis, was the new minimum underwriting standards for mortgages.  No more “No Doc, NINJA, or Liar loans.”  That Lenders must verify income, credit history and job status certainly would have prevented the worst vintages of sub-prime and exotic mortgages from ever being written, or subsequently securitized.

Other than that, there is not a single element of the reform that would have prevented the last crisis.

Compare and contrast
Cognitive Dissonance  Dept
Yeah, I know anecdotes != data, and there’s always an exception.  Still, the variations continue to amaze me.

Deciding who counts as a feministChoose wisely.
There’s no question which I’d rather associate with.

When Oscar the cat lost both his hind paws in a farming accident, it was feared he'd have to trundle around in one of those wheeled-cat apparatuses. But Noel Fitzpatrick, a neuro-orthopedic veterinary surgeon in Surrey, pioneered a groundbreaking technique instead, installing weight-bearing bone implants to create a bionic kitty.

What’s revolutionary is that these “intraosseous transcutaneous amputation prosthetics” are attached directly to the bone, and the skin grows into place around them.  Picture and video at the link.

Typical– but then you knew that
Dog Bites Man  Dept
R.S. McCain:

“The American Left:  Shamelessly Following Orders Ever Since Stalin Told Us to Endorse Hitler’s Invasion of Poland.” 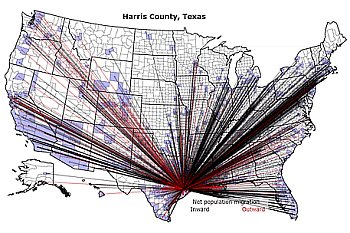 TREE-mendous!
Crisis at the Branch Office  Dept
Help a gal out, would’ya?