"Memorial Day" I hadn't planned a "Memorial Day" post, at least not one for today. (For me the real Memorial Day remains May 30th, not the "nearest Monday required to give everybody a three-day weekend.") But SDN posted this at Daily Pundit, which inspired me to give it wider distribution:

(1930)
"The eradication of memories of the Great War.”
-SOCIALIST GOVERNMENT ORGAN

The Socialist Government speaks:
THOUGH all the Dead were all forgot
And razed were every tomb,
The Worm-the Worm that dieth not
Compels Us to our doom.
Though all which once was England stands
Subservient to Our will,
The Dead of whom we washed Our hands,
They have observance still.

We laid no finger to Their load.
We multiplied Their woes.
We used Their dearly-opened road
To traffic with Their foes:
And yet to Them men turn their eyes,
To Them are vows renewed
Of Faith, Obedience, Sacrifice,
Honour and Fortitude!

Which things must perish. But Our hour
Comes not by staves or swords
So much as, subtly, through the power
Of small corroding words.
No need to make the plot more plain
By any open thrust;
But-see Their memory is slain
Long ere Their bones are dust!

Wisely, but yearly, filch some wreath-
Lay some proud rite aside-
And daily tarnish with Our breath
The ends for which They died.
Distract, deride, decry, confuse-
(Or-if it serves Us-pray!)
So presently We break the use
And meaning of Their day! 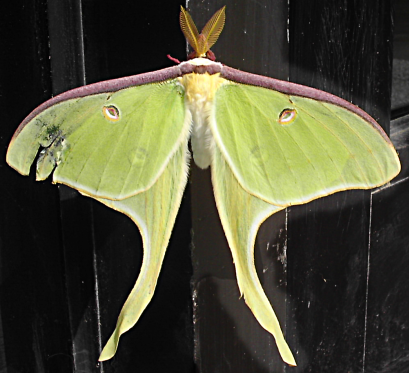 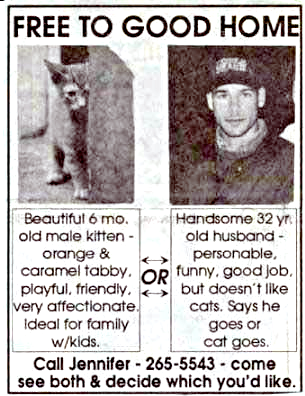 Okay, so it might be a fake. Where's your sense of humor, anyway?
From Tamara, who found it at Zoe Brain's.

"The Googles of the world, they are the Custer of the modern world. We are the Sioux nation," Time Warner Inc. Chief Executive Richard Parsons said... "They will lose this war if they go to war," Parsons added, "The notion that the new kids on the block have taken over is a false notion."

and then reminds us that, um...

...while Custer certainly lost the battle, the Sioux actually lost the war. That's because they faced an opponent with better technology, more dynamism, and . . . oh, hell, you get the idea.

Time-Warner represents the perfect old-media combination:  Print publishing, network television, the movie business, and the recording industry, all wrapped up nicely in one stock.  Maybe Parsons actually does see T-W as the Sioux nation... mostly stuck on reservations, protected and restricted by a cocoon of government coddling (DMCA, anyone?), many unwilling or unable to do what it takes to survive in the modern market.

Artificial orchestras This weekend's Wall Street Journal (no link, 'cause I read it in hard copy) included an article Fugue for Man & Machine [Weekend WSJ, May 5-6, 2007] that's blatantly designed to stir up the purists:

Amid all the troubles facing the classical music world in recent years..., none has mobilized musicians more than the emergence of computers that can stand in for performers... Now a new alliance of conductors, musicians, and engineers is taking a counterintuitive stance:  that embracing the science is actually the best hope for keeping the art form viable and relevant.

Keep in mind that arguments over "canned music" are nothing new.  My local ballet company uses recorded music for most performances, and has done so for years.  In Las Vegas, several of the show rooms use recorded tracks to augment the live orchestra, and they've been doing it since the 1970s.  And as the millennium opens, many touring show companies, and even some in London's West End, have added synthesizers and other electronic "enhancements," with an eye on cutting the body count in the orchestra pit.
So it's already being done.  And it can be done.  So as usual, the questions comes down to "just because we can do something, should we do it?"
more...

An ex-RAF codebreaker and his composer son say they have deciphered a musical score hidden for nearly 600 years in the elaborate carvings on the walls of Rosslyn Chapel.
The pair believe the tune was encrypted because knowledge of music could have been considered heretical.
Thomas Mitchell, 75, a music teacher, and his son Stuart, 41, a pianist and composer, say they became intrigued by the markings on the chapel's arches more than 20 years ago.
-- Richard Alleyne in The Telegraph

In the 1940 movie The Ghost Breakers, Bob Hope and Paulette Goddard open the door to the Secret Room in the Haunted Castle by chalking stave-lines across a group of carvings on one wall, and playing the indicated notes on the Enormous Pipe Organ (which just happens to be there, and just happens to still work).  The quotation in the post title is The Dying Man's Cryptic Last Words.  Fun stuff.

Thanks to mkelly, whose post about this story reminded me that I wanted to write this one.

1 I don't blame them for constantly venturing to the underworld.