The easy way to bring electricity prices down (you can make fertilizer with electricity) is to build nuclear power plants, expensive but cheap compared to wars. Of course we won't do that.

At one time we were paying people not to grow crops.  It was called the soil bank. Perhaps it is time to grow fuels on it?

But that takes fertilizer.

Nuclear power can fix nitrogen for fertilizer.  I'd a heap rather invest a trillion in nuclear power plants than send that trillion to the Saudis.

I also note that there is plenty of oil in these United States, but we would rather sell the nation to the Saudis than drill in Alaska and off shore including out next to where the Cubans are drilling in the Gulf of Mexico.  Does any of that make sense?

Now the discussion can begin.

We can start by asking why no one– the candidates, the Congress, or the MSM– seems to want to make this part of the discussion.

Or maybe we should ask this (from a Pournelle reader):

Can any referee besides foaming revolutionary mobs blow a whistle at this point?

The discussion is here, with real numbers. Read it.


(Via: IP, whose complete entry is also worth your time.)

Good news for election integrity
Supreme Court Upholds Indiana Voter ID Law
Also:  Discussion here at Volokh.com. I suggest that anyone who plans to address the “burdens” imposed by this law visit the Indiana Secretary of State’s Voter ID Information Page first.  The law was written with an eye to previous court challenges, and IMO does a pretty good job of handling most objections.

Deconstructionist claptrap at Yale
...from an “artist”

The reality of miscarriage is very much a linguistic and political reality, an act of reading constructed by an act of naming - an authorial act. It is the intention of this piece to destablilze the locus of that authorial act, and in doing so, reclaim it from the heteronormative structures that seek to naturalize it.

Says all you really need to know, dunnit?

For more on Shvarts, this.

UPDATE 080528: Margaret Soltan fisks Shvarts so I don’t have to.

For the original post, HT to Michael Lewis, who featured the quote in his column in today’s Wall Street Journal: “Art and (Wo)man at Yale”. (No link, as it doesn’t seem to be online.)

From the vasty deep
Restaurant owner evokes the spirit of Jimmy:

“Can’t anybody here run this project?”
From the New York Post:

Two sets of confidential blueprints for the planned Freedom Tower, which is set to rise at Ground Zero, were carelessly dumped in a city garbage can on the corner of West Houston and Sullivan streets...

...where they were found by a homeless man.

[The documents] contain details such as plans for each floor, the thickness of the concrete-core wall and the location of air ducts, elevators, electrical systems and support columns.

...although I’m inclined to agree with the commenters at Althouse...

The guys that did [the 9/11] attacks on the WTC didn't need no stinking plans.

Even so, somebody’s carelessness has gifted New York with a two-fer: Another embarrassment for the Port Authority, and another opportunity for the press to hammer it. 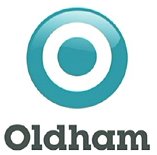 Yeah, it rattled here, too
Shortly after 5:30, the cat woke me up.  Don’t know if he sensed something, or if it was his usual “Hey, the sky is getting light and I’m awake, so you should wake up, too, and pet me!” routine.  Most likely the latter.

Anyway, at 5:38 things started vibrating, which continued for 20 seconds or so.  Recognized what it was immediately.  After the shaking stopped, wandered down stairs and flipped on the TV– the local newsies were taking phone calls and marveling about how the quake had rattled the lights on their set.

In Wisconsin, folks were calling 911:

The transcripts of the calls were just released.  Two dozen nearly identical exchanges along these lines:

Caller:  Say we just woke up with the room shaking. It's probably nothing, but the missus thought I should call it in.  So I called it in.  End of story.

911 Operator:  Well thanks a bunch.  You're right, it's probably nothing, but thanks for calling her in.

Caller:  You got that right.

1. If it wasn’t for President Bush’s No Child Left Behind Act, his “tax cuts for the rich” and his Global War on Terror, adequate funds would have been available to fund successful earthquake prevention research at the U.S. Geological Survey;

2. The earthquake occurred as a result of non-union labor being involved in the earth’s construction process...

And there was an aftershock, around 11:14.  Missed that one.

When crossbows are outlawed...
“Come back here, you dirty Robbing Hood!”

A Teesside shopkeeper chased away an armed robber who burst into his store and shot a crossbow at him.

Mohammed Razaq was resting at his home, which adjoins his Stockton [UK] convenience store, when he spotted the raider on his CCTV monitor.

The 37-year-old ran into the shop, then ducked out of the way when the robber shot a crossbow bolt, which missed.

From the BBC, who have a video.

There was no evidence of:

Thank goodness for that.

Great one-liner, though the underlying HRhero post reveals that the finding was more complex.[1]

Still, only the most generous interpretation (the writer was being “lawyerly;” what he meant was, “McDonald’s failed to introduce any evidence of the relationship between food contaminatation and hand-washing, and therefore we couldn’t consider it”) excuses the Tribunal from a charge of bone-headedness. “No evidence of the relationship between food contamination and hand-washing” reeks[2] of the 60s view that personal cleanliness is “just another cultural artifact.”[3] Given Vancouver’s social climate, there are probably many of its citizens who still hold this view.

Which means it’s probably a good idea for anyone who’d prefer to skip a round of food poisoning to avoid restaurants in Vancouver– until the situation is clarified.

• There was no real attempt to see if any alternative work or modified duties were available... For example, McDonald’s didn’t explore the possibility of finding appropriately fitted gloves (e.g., “salad preparation gloves”) that [the complaintant] may have been able to use...