Maybe I should start a contest.

(This item posted only because folks on the left are supposed to be so exquisitely sensitive to hatefulness and discrimination and mocking the disabled and stuff...)

Links via Insty, here and here.

So which is it?
How can you tell a government spokesman is lying?  Dept 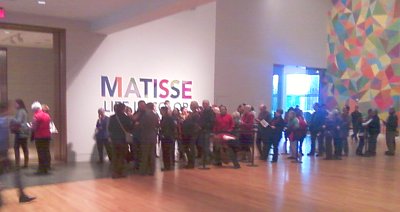 INDIANAPOLIS, 11 January, 2014:  Hoosiers line up for admission on the final day of the Indianapolis Museum of Art’s exhibit ‘‘Matisse: Life in Color,’’ after standing in another two-hour line to obtain tickets.  The museum extended its Saturday closing time from 5:00 p.m. until midnight in response to visitor demand.

Hey, don’t-cha know there’s no appreciation for fine art out here in the hinterlands!  None whatever...

Elsewhere:
Tam visited on the 31st, and got creeped out at the design exhibit.

Guess what!  Back in 2012, those troglodytes in Indiana’s Republican base recognized something about then-Senator Dick Lugar that the state party poo-bahs missed:

Former Sen. Richard Lugar, a Republican, has given the maximum amount of money allowed under federal campaign finance laws to a candidate who hopes to help Democrats retain the Senate in the 2014 election.
...
The Lugar-backed 19th Star PAC gave [Michelle] Nunn $5,000, the most that a PAC can give an individual candidate, the Huffington Post reported.

After 36 years, Lugar lost his Senate seat from Indiana in 2010 when State Treasurer Richard Mourdock defeated him in the Republican primary by arguing that he was too moderate.

N.B.: ‘‘too moderate’’ = Washington-speak for being a petty, vindictive, bitter old man who would go to any length to maintain his personal power, and who would take his ball and go home rather than let someone else win.

‘‘When Dick Lugar moved to Washington, he left behind more than his house.  He left behind his conservative Hoosier values,’’ one Mourdock ad against Lugar told voters.  ‘‘Lugar’s been in Washington 36 years.  That’s too long. Time for a change.’’

Back at primary time, Ace noted:

...Reports that Dick Lugar is a mature, sober, responsible, modestly genial grown-up adult with a long-view take on things seem to have been greatly overstated.

Indiana is well rid of him; too bad it didn’t happen 20 years ago.

Previously:
‘‘Yet another important reason that Dick Lugar should be sent packing...’’
We already knew that he wasn’t one...

(via NR, where the schadenfreude is thick, via Insty, where it’s even thicker!)

Build Up That Credibility, Gang!  There’s an Election a-Comin’!

Politico has a headline for the ages up right now: ‘‘Management Experts Knock Obama.”  Management ‘‘experts” are just noticing now, after five years, that Obama’s lack of experience is significant.  Maybe these ‘‘experts” aren’t so expert.

BARBARA WALTERS: ...He made so many promises.  We thought that he was going to be – I shouldn’t say this at Christmastime, but – the next Messiah.  And the whole ObamaCare, or whatever you want to call it, the Affordable Health Act, it just hasn’t worked for him, and he’s stumbled around on it, and people feel very disappointed because they expected more...

Somebody said confession is good for the soul (but I don’t see much confessin’ here).

...and so do hack Chief Justices:


(via SteveF at Daily Pundit, who replies most succinctly.)

You can’t make this stuff up.

And why will Buffalo(!) be warmer than Indianapolis next week? 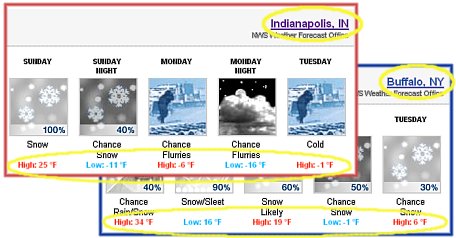