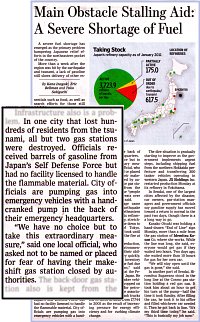 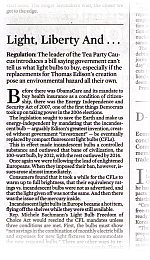 A friendly reminder...
Jeff Goldstein, from a couple o’weeks back:

Just a reminder for Republicans:  To the extent that you fail to move to remedy those 9 “can’t haves,” you are part of the problem.

Security, there’s nothing like it!
Skool Daze  Dept
Via Radley via Glenn:

“Students are not allowed to open the doors, and if anyone does, they will be suspended,” said Dr. Wayne K. Smith, executive director of administration and personnel.

A districtwide policy prohibiting students and staff from opening doors to the outside was recently adopted after a $10,800 security system was installed...

All of the schools’ doors are locked during the day. Visitors must ring a buzzer and look into a camera before office personnel can let them in. - Tidewater News, February 26, 2011

Any school district that employs a doctorate-level “executive director of administration and personnel” is most likely way overstaffed and needs to have its budget cut immediately.

Iran has threatened to boycott the London Olympics unless the organisers replace the official logo, which Tehran claims spells out the word “Zion”.

Erm, when the logo was announced (back in 2007), there was a whole big discussion about what it “looked like.”  And the consensus was that although it sucked, “Zion” had nothing to do with it.

(Aaah, they’ve probably realized that all their athletes and coaches were planning to defect.)

Via Meryl via Insty.

But hey, if this embarassing debacle inspires a few fewer kids to become PR consultants and marketing executives when they grow up, then it may just have been worthwhile after all.

1 It's the Masonic-Jewish conspiracy working overtime to mess up Persian minds.  LOL