England tries becoming Indiana
Just in time!   Dept
Time addicts such as Fuzzy Curmudgeon Nathan may find this report on events across the pond of interest:

Hey Britain, steel yourself for Double Summer Time.  This is the Coalition’s latest wheeze to boost tourism/save energy/cut road deaths by making our evenings lighter later.  More specifically they’re considering changing from GMT to GMT+1 in the winter, and from GMT+1 to GMT+2 in the summer.  This doesn’t increase the amount of daylight we have, that's physically impossible, but it does shift more of the available daylight past breakfast to a time when you're actually awake.  In June Double Summer Time would mean it’d stay light until roughly 11pm, but conversely in late December the sun wouldn’t rise anywhere in Britain before 9am.  [Links in original. -O.G.]

In essence, the United Kingdom’s government wants to replicate should-be-CST Indiana by bumping its clocks ahead to match... Warsaw?

This is astronomically perverse. The sun takes precisely one hour to travel through 15 degrees of longitude, but the longitudes of Belfast and Warsaw are nearly 30 degrees apart.  We’d be joining a CET timezone that’s twice as wide as it ought to be, with the sun taking two hours to travel from one side to the other rather than just one.

...except that being further north, the effect would be even greater than it is in Indy.

And what’s worse, if “London time” is actually to be an hour ahead of Greenwich, when do you celebrate New Years?  (Snappy answer:  Twice.)

Given the other important things presently going on in the world, the cynic in me suggests that the...erm...timing of Coalition’s focus on this issue may be an attempt at an “Hey, look, squirrels!” distraction for the British electorate.

Given that DG’s post already has 40-some comments, one fears they’ve succeeded.

1 People who mess with time deserve to be removed from it.

Mitch blows it...
Daniels: Appease Democrats, Drop Union Bill.  UPDATE: Daniels Says, Legislators Running Away Is A “Perfectly Legitimate Part Of The Process”
but then...
Mitch Daniels’ press secretary: Indiana gov. was not condoning flight of Democratic legislators
If you know your goals and if your beliefs are strong, you don’t stumble over what you’re saying.  Every day Mitch sounds more and more like George Bush, and less and less like Ronald Reagan.

Daniels sure does seem to have to clarify a lot of things after-the-fact.
- Andy, in AOS sidebar

Daniels’s other problem is he persists in playing Charlie Brown to the Democrats’ Lucy.  If he hasn’t learned by now– after two terms dealing with Pat Bauer as House Democrat leader– he’ll never learn, and the top of the Republican ticket is no place for somebody who thinks he’s playing ping-pong when the Democrats are playing Rollerball.

Oh well, I really never thought he was all that interested in being president in the first place.

He needs to learn to punch back twice as hard.  Except it's too late, now.  Bauer wins this round (unless Daniels has something up his sleeve I'm not aware of, but I don't credit him with that much savvy).

While I disagree with our farmer friend up north regarding Daniels' policies (except for DST, which was asinine), I have never set my hopes on him actually running for president.  He has always had what I refer to as Fred Thompson Syndrome.  He needed to make up his mind two or three years ago and then get to it if he was serious about a promotion upward.

2 Well, “two or three years ago” the game plan was probably for Mitch to run for Senate, only it turns out Lugar won’t get out of the way.

I dunno.  I don't see Mitch in the Senate.  He's too much of an executive type to want to be one voice out of a hundred.

Besides which, all it would take to oust Lugar would be a pair of cojones and the will to use them.  Apparently Richard Mourdock fills that bill.

92 reasons for *NOT* donating to the National Republican Congressional Committee
Half of Republican Caucus, Especially Leadership and Old Guard, Votes With Democrats To Block Additional $22 Billion in Cuts
And here they are:

Nearly three out of four likely voters think they are more supportive than politicians in either party of making the kind of deep federal spending cuts that are required to restore economic growth and get the government back on a sound financial footing, according to Rasmussen Reports.

1 At least I didn't see anyone from Indiana on the list.  I'm surprised (call me naive) about all of the new guys from Illinois.  Caving already.

2 Well, as you know, Republicans from Illinois aren't really Republicans. 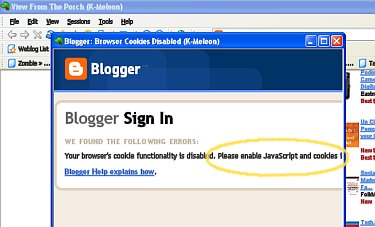 (Pssst... I know a service that works without ’em!)

LATER:  You can get around it by viewing the individual post pages, but whatta drag...

Previously:
Feature Reduction
Hunt-the-captcha:  1.2.3.4.5
Putting your favorite blogger off the air
The Adventure of the Disappearing Archives

Absolutely evil?
Get thee behind me!  Dept 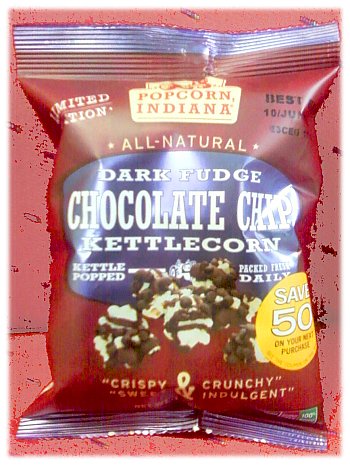 I’ll even forgive them for naming their company “Popcorn Indiana” when the fine print on the bag tells me they’re actually based in Englewood, New Jersey.

What’s that smell?
It’s the time of the year when our local water utility cranks up the chlorine, making the experience of filling a pot for boiling some spaghetti (or for making coffee) akin to stepping into the locker room at the municipal swimming pool.

I don’t recall this happening years ago, back when the water operation was locally owned and managed.  Of course, in those days the board of directors  had to face their customers at the butcher’s, the baker’s, or the corner drugstore.  Or across the table at breakfast.

And I see in the fishwarp this morning that they want to charge us more for the privilege.

It's almost enough to make me go out back and drill a well.  Shoot, the water table's only 3 feet down.

2 (Sorry, that was yesterday morning.  I'm a day behind reading the Gannett propaganda sheet.)

3 Apologies to Buffalo Springfield and those "song lyrics" sites:

think it's time we stop, children
what's that smell
everybody sniff and then we'll yell