But of course!
Instapundit:

Well, if I could get the same health care plan that Congress gets, at the price that a Congressman pays, I’d be in favor of it, too.

What male reader of Ann Rice hasn’t exclaimed at some point, “Damnit, man, shut up and bite someone!”

I just wish they’d keep the blood and bodies out of my Science Fiction section.

1 Amen to that!  God, I wish the book stores would move all the vampire/werewolf/fantasy stuff to their own section and leave Science Fiction to Science Fiction.  The whole premise of SF is SCIENCE!  Not fantasy.

I do read fantasy, but I'd rather not have to wade through all of it just to find some good SF.

2 Say it with me, booksellers: par-a-nor-mal ro-mance. It should be its own section, next to the emo journals for suburban girls who pretend they have problems because it makes them feel special. And put it in front of the "how to leave your abusive spouse" books, because they're going to need those in about ten years.

Add another amen to this.  I was just in the bookstore on Saturday and was becoming exercised about this very thing.  Like Crucis says, get the fantasy dungeons and dragons crap out of the SF section, too.

Because nothing frightens a metrosexual more than a fertile woman
Children! Ick! Dept
Mark Steyn:

Did David Frum really say this about Sarah Palin? ...

This is a woman who has got into a position of leadership by sending very powerful sexual signals.  And we see that in the way that men like her much more than women do.

...
(By the way, when I saw her campaign in N.H., I was surrounded by moms with strollers.)

Oh, now I get it.  It was because the popular girls didn’t let you sit at their table during lunch.

I love you guys, each and every one. I'm going to drive around and give everybody a great big hug...

You have been warned.

1 I think she's punchy from lack of sleep!

Okay, can I declare the Zombie thing “officially over”?
Shark, jumped  Dept 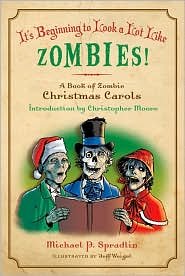 (Spotted yestereve at B&N while picking up a couple of classic Raymond Chandlers and yet another volume of Steven Erikson.)

Mass-murderer Major Nidal Hasan has thus far been diagnosed as suffering from:

Seems like every time this comes around, the legacy media and our friendly politicians attempt to drive public opinion by frantically speculating about everything except the the possibility that religious belief might possibly have something to do with what happened.  For the politicians, I believe there’s a lot of psychological displacement, coupled with the usual desire to kick a potential problem further down the road, leaving it to be handled on someone else’s watch.  But the unanimity of the chattering class is something different.  They can’t all be cowards, can they?

As I was contemplating that question, out of the blue came this, from Mark Steyn:

Major Hasan is not a card-carrying member of the Texas branch of al-Qaeda reporting to a control officer in Yemen or Waziristan...  But the pathologies that drive al-Qaeda beat within Major Hasan too, and in the end his Islamic impulses trumped his expensive Western education, his psychiatric training, his military discipline — his entire American identity.

That last sentence struck a chord; it had a very familiar sound.  Who else has let pathology trump their American identity?  What if we take Steyn’s last sentence and recast it, a little:

The pathologies that drive the Communists beat within the “progressive” intellectuals, too, and in the end their statist impulses trump their expensive Western education, their American experience — their entire American identity.

Bingo.  Why did the New York Times sacrifice its journalistic credibility to cover up Joe Stalin’s atrocities?  Why did America’s opinion leaders remain oh-so-incurious about Lee Harvey Oswald’s Communist connections?  Why, in the face of incontrovertible evidence, do so many of the self-proclaimed “freedom loving” line up with the tyrants: from Chairman Mao to Fidel Castro to Pol Pot to Hugo Chavez?  And why the endless favoring of any culture except American culture?

For the sake of the movement.  Progressive intellectualism has functioned as a kind of fifth column since the Wilson administration, forever trying to disguise its usurpations of individual liberty as “equality,” or “charity,” or “fairness.”

And like recognizes like:  The deception that Islam prescribes in its followers’ relations to the infidel, and its Muslim-first alleigance are both echoed in the clandestine working and trans-nationalism of the dedicated Communist.

So no wonder Islam is uncomfortable for the progressives.  If you’re an adherent to, oh, say, revolutionary socialism, isn’t it just possible that you might not want to shine too much light on a movement whose  techniques and outcomes closely resemble yours?  Better to yell, “Hey, look (way) over there!”

Because if it’s discovered that there’s one fifth column out there, well maybe folks might start thinking that there could possibly be another.

1 I'm surprised no one came up with Pre-Post-Traumatic Stress Syndrome.

Paging Country Joe!
(Woulda linked this instead of quoting it, but Althouse doesn’t have her comment permlink anchors enabled.  So, in all its glory...)

Yeah, come on all of you young rich men,
Uncle Sam needs your help again.
He's got himself in a terrible mess
Spendin’ too much on the tonsil-express
So give up your freedom and cough up your cash,
We're gonna have health in a flash.

And it’s one, two, three,
What are we paying for ?
Don’t ask me, I don’t give a damn,
Next stop: insurance scam;
And it’s five, six, seven,
Open up the money gates,
Well there ain’t no time to wonder why,
Whoopee! We’re all gonna buy.

Well, come on doctors, let’s move fast;
Your big chance has come at last.
Gotta go out and black the red —
The only good patient is the one who’s dead
And you know that tumor can only be cured
If every last stiff is fully insured.

And it's one, two, three,
What are we paying for ?
Don’t ask me, I don’t give a damn,
Next stop: insurance scam;
And it’s five, six, seven,
Open up the money gates,
Well there ain’t no time to wonder why,
Whoopee! We’re all gonna buy.
Huh!

Well, come on Wall Street, don't move slow,
Why man, this is Obama-go-go.
There’s plenty good money to be lost
By giving the unions a chance to boss,
Just hope and pray if the firm still tanks
They haven’t already killed the banks.

And it's one, two, three,
What are we paying for ?
Don’t ask me, I don’t give a damn,
Next stop: insurance scam;
And it’s five, six, seven,
Open up the money gates,
Well there ain’t no time to wonder why,
Whoopee! We’re all gonna buy.

Well, come on mothers throughout the land,
Insure your children with Uncle Sam.
Come on fathers, don't hesitate,
Get ‘em covered before it's too late.
When gran-mom takes her very last breath,
Give your thanks to the panel of death.

Ah, Bruce Bawer, I guess that makes the soldiers who fragged officers during Vietnam terrorists too? I find it sickenming that you besmirch every muslim serving soldier, of wich there are many, because of the acts of one lone gunman. Many muslims are fighting on the US side in the war on terror, both in US uniform and in the coalition. (We Norwegians have several). Haters like you spit on their efforts.

What difference does a name make?

Don’t you recall soldiers fragging their C.O’s in Vietnam?

Surely they were Muslim? Only Muslims can perpetuate such violence.

C’mon man this needs further investigating and a few hours of crappy mainstream media “journalism” by Fox & CNN shouldn’t be taken as the ‘word’.

Gee, almost like someone sent out a memo, innit? 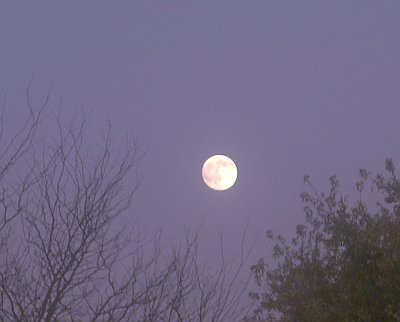 Good thing, especially for the farmers who don’t yet have their corn in.

In 1950, [Officer Leslie W.] Coffelt... was a member of the White House Police Force, the fore-runner to the US Secret Service Uniformed Division.  On Nov. 1 of that year, he was standing post with three other officers [at Blair House, where President Truman and his wife were living during White House renovations].  At the time, city buses dropped off passengers on Pennsylvania Avenue near Blair House.
...
Two Puerto Rican nationalists, Oscar Collazo and Griselio Torresola, approached Blair House from opposite directions and opened fire.  Coffelt, stationed inside a guard booth, suffered three gunshot wounds to the chest and abdomen.  Coffelt rallied enough to exit the booth, brace himself against it and, from a distance of about 30 feet, shoot Torresola to death with a single shot to the head.

from Wikipedia (via Realist):

In 1952, Collazo was sentenced to death, but President Truman commuted his sentence to life imprisonment.  He was sent to the federal prison at Leavenworth, Kansas. Collazo’s sentence was commuted to time served by President Jimmy Carter on September 6, 1979...  President Carter also commuted the sentences of Collazo’s fellow nationalists Irving Flores, Rafael Cancel Miranda, and Lolita Lebrón...  Upon their return to Puerto Rico, they were received as heroes by the different independence groups...  In 1979, Collazo and the other nationalists were decorated by Cuba’s President Fidel Castro.

setting a precedent for this:

While the pardon scandals that marked Bill and Hillary Clinton’s final days in office are remembered as transactions involving cronies, criminals and campaign contributors, the FALN clemencies of 1999 should be remembered in the context of the increasing threat of domestic and transnational terrorism that was ramping up during the Clinton years of alleged peace and prosperity.

What is it with Democrat Presidents?