Might as well “leave this one standing”
Senate Republicans
Cave Again
Via:  Ace

...The top Republican on the Senate Banking committee, said he has assurances that Democrats will adjust his banking regulation bill to address concerns that it perpetuates bailouts.

Previously.
(Explanation of the title below the break.)

The only solution is to throw the bastards out in November.

The only solution short of tar, feathers, rails and rope, anyway.

I work in the financial industry, and this issue caused significant disruption to trading floors throughout Wall Street.  Traders are generally quite upset with McAfee right now, so it makes sense that their stock is dropping :)
Re:McAfee botching damage control (Score:5, Funny)
by Cro Magnon (467622) on Wednesday April 21, @04:07PM (#31930170) Journal
You think it's dropping now?  Just wait until more of the traders get their computers working!

1 Haven't used McAfee since back in the '80s when they were practically giving it away.  It was crap then and it's crap now.

2 I came to the conclusion recently that, with Norton, I was paying $50+ a year for something I could get for free online. So I ditched it. Haven't looked back since.

Whatzit - answer
You guys are too smart for me.

Two minutes after I put the post up, Crucis came up with the right answer.  Yes, it’s a former drive-in theater (or “Twin Theatair,” as this one called itself).  While its official address was 2463 Hoyt Avenue (the street bordering the property on the north), the patrons entered from Prospect Street, to the right of the top-right corner.  The foundation for the two-sided screen is visible at the center, as are the foundations for each side’s projection booths/concession stands, halfway up the contours to the east and west.  (Nobody would build a drive-in with this configuration today: Two separate staffs are more expensive than two screens.)

The site won’t look like this much longer.  The property was acquired by Citizens Energy, and, as part of the redevelopment associated with the closure of the adjacent coke plant, will be converted to an amateur sports complex.

...and a request for help in identifying it.  In her post she helpfully linked Google’s aerial view of the site.

This long-time Indy resident recognized the plant immediately (answer in the comments), but when I looked at the aerial view I was amused to notice another item in Indianapolis lore.  Thinking it might be fun to see how quickly people could identify it or discover its purpose, I printed off some copies and took them to Sunday’s BlogMeet.  It took less than five minutes for our astute panel to figure it out.  How about you?

Here’s the image of (most) of the site. 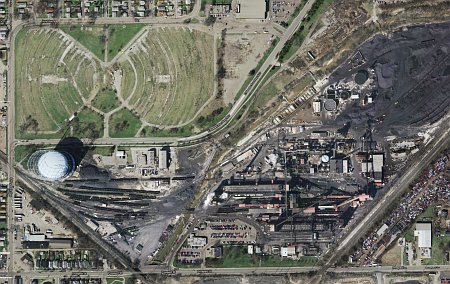 What’s that very different space in the upper left-hand corner? 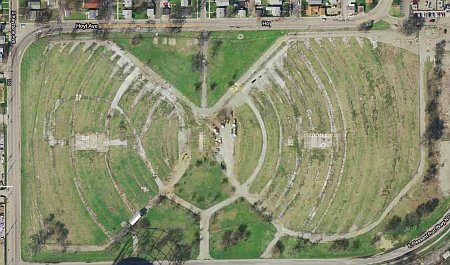 Of course, you could probably go searching for the answer, but IMO it’s more fun to figure out what it is from the image alone.

No clue?  You’ll find some hints below the break.  Answer coming tomorrow.

1 Your bottom photo seems to be a vertical view of two old drive-ins.  We have a few of those left here in KC At least I think a couple are still open.

3 The only time I've ever spent in Indianapolis was when I drove through it once on my move west, but those sure look like closed drive-in theaters to me.

Gov. Chris Christie is taking $65 million, the entire allocation, from the state’s global warming fund, and $5.9 million, from the toxic waste site cleanup program, to help close the over $10 billion deficit in his $29.3 billion 2010-11 state budget, the state environmental protection commissioner said Monday.

Zero-funding a politically-correct “solution” to an imaginary problem, so you can spend the money on real ones.  Works for me.

1 Somebody has to be the adult.

“Do Repubs fear #teaparties? I should hope so.”
Tweet quoted by Sissy Willis (via Glenn Reynolds).

For many a year now, officeholders of both major parties have worked hard to earn the distrust of ordinary Americans. It appears that they finally have succeeded...

They make everyone uncomfortable. That’s healthy.

-----
LATER (100414 17:25): Meanwhile, Indiana Republicans appear poised to pick as their candidate to replace Evan Bayh a beltway insider who has spent more of the last 12 years lobbying in Washington than showing his face in Indiana, and who would likely turn out to be another Dick Lugar if elected.  That’s not good enough.

...why it is that 300 people went to North Vietnam, people, many people before me, why me, why have they created this [“Hanoi Jane”] myth?  You know, when I came back from North Vietnam, there was maybe a quarter of an inch of media about it in the New York Times. Nobody made any big deal out of it...

It was created... by right wingers. ...people who are like stuck there, you know, they’re still stuck in the past.  I always want to say, “Get a life...”

Yes, I’m aware that Fonda has issued apologies (a couple of times).  And I imagine it’s likely that drug-induced gormlessness played a (big?) part in her decision to go to Hanoi.[1]  But there’s a big difference between, “I was young, stoned, and stupid, doing stupid things, and now I’m sorry” and “I didn’t do any harm, and it’s all made up anyway.” 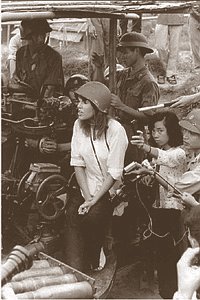 Jane, you did this.
It happened.

No one on Earth understands them all, and the potential interaction among all the different rules would choke a supercomputer...

While we rightly fear a too-powerful government, this regulatory knowledge problem will ensure plenty of public stumbles and embarrassments, helping to remind people that those who seek to rule us really don’t know what they’re doing. - “Progressives can’t get past the Knowledge Problem,” Washington Examiner, April 4, 2010

Well, maybe.  A more than equally likely scenario is that of corrupt or offended bureaucrats making their targets’ lives miserable by hauling out, and enforcing, obscure or nonsensical regulations.

Which doesn’t rule out “stumbles and embarrassments” a-plenty, although IMO governments that believe their legitimate functions include giving great-grandmothers criminal records for selling goldfish to underage purchasers, charging teenagers who IM nude pictures of themselves with distributing child pornography, or warping traffic laws to prey on the public are beyond embarrassment.

If they mean to have a war...?
“Gene” from Greenpeace India:

If you’re one of those who have spent their lives undermining progressive climate legislation, bankrolling junk science, fueling spurious debates around false solutions, and cattle-prodding democratically-elected governments into submission, then hear this:

-----
Oh my, lots of hey-he-didn’t-mean-it walking-back at the Greenpeace link, but IMO that’s only because they’re upset that the mask slipped.  The coerciveness of the varoius “progressive” movements is fundamental to their nature, and anyone who denies it is either a naïve fool or a fellow traveler.

(Via Small Dead Animals, via Instapundit) 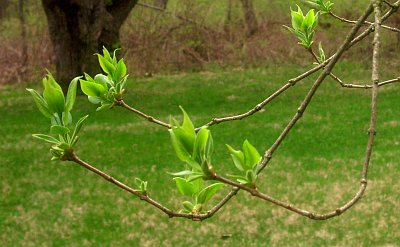