“Whenever possible”
What the Dickens? Dept.
The Times (London):

Hazel Fenton, from East Sussex, is alive nine months after medics ruled she had only days to live, withdrew her antibiotics and denied her artificial feeding.  The former school matron had been placed on a controversial care plan intended to ease the last days of dying patients.

Doctors say Fenton is an example of patients who have been condemned to death on the Liverpool care pathway plan.  They argue that while it is suitable for patients who do have only days to live, it is being used more widely in the NHS, denying treatment to elderly patients who are not dying.
...
A spokesman for East Sussex Hospitals NHS Trust, demonstrating yet again that “There’s No Smarm Quite the Equal of British Institutional Smarm,” said: “Patients’ needs are assessed before they are placed on the [plan].  Daily reviews are undertaken by clinicians whenever possible.”

“If they would rather die,” said Scrooge, “they had better do it, and decrease the surplus population.”

1 Something I concluded during the Terri Schiavo debacle was that withdrawing life support = stopping support of organ systems that would otherwise fail without mechanical intervention, such as respirators and dialysis. Antibiotics and feeding tubes are, therefore, not "life support." Sure, if you withdraw the feeding tube, they die -- but if you take away their blankets, they die then, too. How is death by starvation and/or unchecked infection different from death by hypothermia?

Someday, somebody will discover this opportunity...
Jonah Goldberg reviews the ratings:

Fox News had more people in the all important A[dults]25-54 demographic watching their channel at three in the morning (east coast time) than CNN had for the show that leads off their prime time.

Maybe it has something to do with working for CBS
Grumpy Old Men?  Dept. 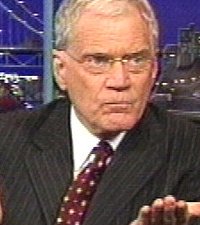 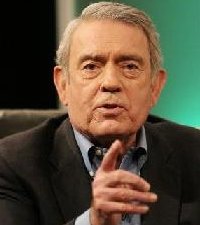 Another shoe drops on net neutrality 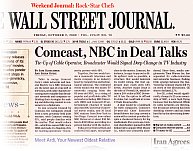 While I’m not aware if Comcast has signed on to AT&T’s “content providers are freeloaders” campaign, the resulting company’s vertical integration puts the owner of the pipe in competition with others who have to use it.  This should not only concern any content providers outside of some future Comcast-NBC umbrella, but also Comcast’s 15 million high-speed internet customers.

The key question remaining in any such merger would be whether a content-heavier Comcast would be able to find synergies that have so far eluded Time Warner and CBS-Viacom.  Another is whether Comcast might try to push its customers toward its own offerings by “adjusting” its quality of service.