ANOTHER UPDATE: Jonah Goldberg: "Wonder why this [the Huckabee campaign finance questions] hasn't made more of a splash." A cynic might suggest that it's because the mainstream media folks want Huckabee to get the nomination, because he'll be easy for the Democrats to beat.

NEWSBUSTERS WONDERS why the Huckabee stem cell story isn't getting more attention. Well, it's the slowest news weekend of the year and lots of media folks are on vacation. Oh, and also, they want Huckabee to get the nomination so the GOP will lose in the fall.

Huckabee is the MSM’s “narrative-satisfying Republican.” ... Huckabee as RINO, and the fact that the Clinton gang views him as easily defeatable, are bonus points.

Okay, I didn't say exactly the same thing, but I did argue from the same direction. 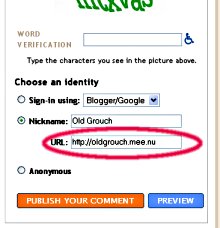 Blogger has restored the linkback feature for non-blogspot commenters, the one they removed in the redesign at the end of last month.

(You have to have scripting enabled, but it seems like anymore everybody wants that for one reason or another. Grumble!)

As Congress votes to turn America into Soviet-era eastern Europe
Tamara asks, where were you?

And her list omitted the clothes washers that don't wash clothes:

Not so long ago you could count on most washers to get your clothes very clean. Not anymore. Our latest tests found huge performance differences among machines. Some left our stain-soaked swatches nearly as dirty as they were before washing. For best results, you’ll have to spend $900 or more. What happened? As of January, the U.S. Department of Energy has required washers to use 21 percent less energy... But our tests have found that traditional top-loaders, those with the familiar center-post agitators, are having a tough time wringing out those savings without sacrificing cleaning ability, the main reason you buy a washer.

I guess the DOE would like it if we went back to beating our clothes on rocks in the nearest stream.

Making it "better to be a litigious jerk"
School punishes the victim, in the name of "zero tolerance."

According to the Williamson County [TN] School System, self defense is no defense when it comes to getting suspended for fighting.

At Fairview High School, at least, it is an automatic five day suspension. -- WKRN.com

The victim was suspended despite a surveilance video and a Sheriff's department investigation. Oh yes...

The Williamson County School District declined to comment on camera...

More: Darren at Right On the Left Coast:

Perhaps a lawsuit or two and administrators will wake up to this rabid injustice.

[If self-defense is no defense,] I think she should sue the school system and principal for failing to protect her...
In general, it's probably better to be a litigious jerk in these circumstances. They've made clear that that's the behavior they want to reward.

...the school officials aren't the ones who pay-out the fees and awards over the course of protracted litigation. The taxpayers do.

My response: So who elects the school boards who appoint those officials? Santa Claus?

Unsafe School Choice Policy - Under the Tennessee State Board of Education's Unsafe School Choice Policy, any public school student who is the victim of a violent crime as defined under Tennessee Code Annotated 38-111(g), or the attempt to commit one of these offenses as defined under Tennessee Code Annotated 39-12-101, shall be provided an opportunity to transfer to another grade-level appropriate school within the district.

So if you blame everyone equally, well hey, there's no victim, right?

Christmas shopping completed
...at approximately 8:30pm local on December 23.
Final purchases were:  A stuffed toy black cat (actually to be given in early January), and a floor lamp.

I belive that warrants a small Scotch.

Stupid Stupid Stupid - #4 of a series
The HD Radio Alliance has issued a new series of spots promoting HD radio.

One problem.  The spots promote HD by dissing standard radio.

In a sort of snarky approach, the campaign features a humanized radio talking to his owner about why HD Radio product is so attractive... ...Traditional radio is repositioned as old-fashioned, repetitive, and lame.

Why does the Alliance feel they have to market HD Radio by selling against AM/FM Radio?...

Why isn't HD Radio positioning against the subscription model of satellite radio or the 99 cents a song iPod? That would make sense because HD Radio could potentially be postioning its variety and free attributes...

(The immediate snarky answer: Because radio is old-fashioned, repetitive, and lame.)

What's more, I wonder how this campaign will be received: "You're hearing this spot on traditional radio, right? But traditional radio is old-fashioned, repetitive, and lame. So that makes you what?  Because if you weren't, you'd be listening to satellite or your iPod right now, right?"


Via Mark Ramsey, who believes that HD's marketing problem is so extensive that, at this point, the content of the spots "doesn't matter in the least."

The problem is not with the campaign it's with the logic underlying the product and its place in the marketplace. Sometimes a marketing problem is bigger than an ad campaign, folks.

1 Ddi you hear about the HD Radio ad that touts HD Radio as, "radio with a boob-job"?

Clipfile: December 22, 2007 “If one’s relationship with the opposite sex resembles a country-western song, it’s time the reassess one’s principles. Or get into the music business.” – “Elle,” in a comment at View From the Porch

The payout worth 500 journalists ...or “what's your priority?”

Fitz’s handsome parting gift would be enough to pay some 543 reporters, copy editors or photographers at a big paper like the Chicago Tribune or Newsday, assuming average annual comp and benefits of $70,000 a year per newsperson.

I think it’s called “take the money and run.”

LATER: And speaking of “taking the money and running,” Fred Jacobs noted a bit of irony in a pair of stories that broke Tuesday:

So, on the one hand, the FCC passes the measure allowing media companies to own both a newspaper and a radio or television station in the same market. And on the other, Clear Channel brooms its entire staff in their Modern AC in Lancaster, CA and has replaced it with a simulcast of KIIS-FM/Los Angeles.

Low Man On the Totem Pole
Yesterday's chaos meant it took until today for me to catch up with C.G. Hill's appreciation of writer H. Allen Smith, the 100th anniversary of whose birth the 19th of December was.

According to "The Today Show"... ...35 million Americans haven't started Christmas shopping yet.