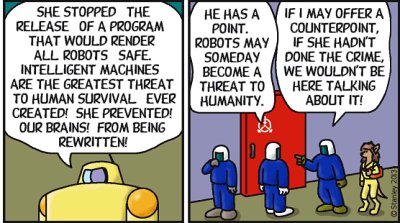 Backstory starts here (more or less). BTW, Florence is not a dog.  No.

Going out with style!  Unfortunately, it’s unlikely that the ‘‘morons’’ will suffer any consequences, except to whine uselessly when Tesco moves in, demolishes the vacant shops, and builds a monster store (with its own parking lot).

Clipfile - February 19, 2013
‘‘ ‘Political collegiality’... is a scam foisted by the political ruling class... in order to marginalize and destroy any dissent from the ranks.’’ - Bill Quick

Meaningless noise...
What we have here is a failure to communicate  Dept

On Saturday, Jan. 19, ESPN’s Howard Bryant appeared on NPR's Weekend Edition with Scott Simon to talk about sports.  The broadcast was taped live.  Simon asked about Lance Armstrong’s famous interview with Oprah Winfrey, and Bryant referred back to a tweet he read:

I mean, I think the big problem that I had with listening to Lance over the last couple of days was how controlled – how much he was trying to control this confession.  That someone had put out a very funny tweet in my timeline that other day that said, ‘‘With this much remorse he could be the next spokesperson for the NRA.’’  I mean, it was really that controlling.  And I’m listening to this, and I’m thinking: He’s not sorry at all about this.

Simon didn’t respond to the NRA comment, but kept the conversation focused on sports.

Listener Charles Brown... [did].  Before the audio or transcript had been posted online, Brown wrote on the show’s site, ‘‘I am looking forward to seeing the transcript of this segment, featuring Howard Bryant’s tone-deaf comparison between the remorse, or lack thereof, on the part of Lance Armstrong, and ‘the NRA.’ ’’

The transcript Brown eagerly awaited eventually arrived, but the reference to the gun association wasn’t there – either in the audio file or written transcript.  The response by Bryant now existed in both as the following:

I mean, I think the big problem that I had with listening to Lance over the last couple of days was how controlled - how much he was trying to control this confession.  And I’m listening to this, and I’m thinking: He’s not sorry at all about this.

Brown contacted our office suspicious of a conspiracy.  ‘‘There is no explanation for the post-broadcast edit.  Is this instance a representative one, for NPR editing and posting policy(ies)?’’

Bryant’s remark is yet another example of the kultursmog that pervades the MSM.  He calls it ‘‘very funny’’ (it’s not, it’s lame).  Nor does it add anything to the discussion about Lance Armstrong.  What it does is borrow somebody else’s snark[1] to signal that Bryant has proper, PC-approved feelings and that he stands firmly against the target of today’s ten-minute hate.[2]

MSM-ers (and progressive leftists, but I repeat myself) do this sort of thing all the time, often without even thinking about it.  For them, it’s as habitual (and content-free) as ‘‘how do you do?’’  The important thing to remember is that, when it comes to such remarks, they eventually pay no attention to what’s being said: For them it’s just meaningless noise.

Back in the day, had I been prepping the segment for broadcast, I would have grabbed my splicing block and grease pencil and made the exact excision that the NPR editors did (on the grounds of wasted time, if no other).  But that would have been before the item aired.  What happened on the 18th was different: Apparently the initial feed of the Simon-Bryant interview aired live, or at least ‘‘live-meaning-unedited.’’  But then someone with second thoughts clipped the sentence for later transmissions.[3]

Now NPR has a policy about changes to stuff once it has been broadcast. NPRs Stuart Seidel:

Only the last feed of each show is archived and transcribed.  As a result, there are times when a listener may have heard something on a first or second feed of a show and then find that the transcript does not reflect what was aired on an early feed.

We correct errors as quickly as possible when we learn of them. Significant errors are noted on the air in ensuing feeds of a show.  When appropriate, corrections posted online note whether the error occurred in an early or final feed of a show.

The edit in the Bryant segment was not seen as the correction of a mistake, and therefore no note was added to the transcript online that a change had been made.

So here we have... well, something.

My take is that the NPR people can’t (or won’t) see there is a problem, because they can’t see the problem.  Ombudsman, again:

...The editors were still right to excise [Bryant’s] unsupported, unexplored, non-sports comment, as clever as it might have been.

Agreed.  But what Bryant said is not just ‘‘unsupported, unexplored, [and] non-sports.’’  He also took a political position, against the National Rifle Association and, by extension, in favor of ‘‘doing something’’ about ‘‘gun violence.’’  To some folks, that might be important.  Maybe even controversial.

But the NPR-ites don’t notice, because (to them) all that Bryant did in the excised segment was mouth the usual leftist platitudes.  Again: As meaningless and content-free as ‘‘how do you do?.’’

That makes the edited and un-edited quotes identical.  And if they’re identical, then substituting one for the other is no correction, so what’s the problem?

Meanwhile, we rubes out here in the hinterland discover that the NRA snark has mysteriously disappeared from the ‘‘official transcript’’ on the web (and, as it turns out, the ‘‘late feeds to flyover country’’ as well), and see their suspicions of media bias (and duplicity) confirmed.  The situation not being improved by Ombudsman Schumacher-Matos characterizing listener Brown’s questions as ‘‘suspicious of a conspiracy,’’ and preemptively labeling others who might share Brown’s concerns as ‘‘conspiracy theorists.’’[4]

I find it simply amazing that an organization that prides itself in its exquisite sensitivities- to race, national origin, economic condition, background, social status, exploitation, victimhood...- can be so absolutely, unbelievably tone-deaf to the concerns of a large portion of its constituency.

Weekend Edition... is a two-hour program, but it is fed over seven hours [between 5AM ET and 12 Noon ET] to various stations in different time zones... Over that time, a story is often edited and changed.  What visitors to NPR.org find is the final version.

...In the interest of historical accuracy and scholarship, I did wonder whether online transcripts and audio files could have some sort of a routine date-time stamp for when they were broadcast by NPR. ...  It wouldn't satisfy conspiracy theorists, and wouldn't tell you whether you actually heard that version on your local radio station at that time.

Clipfile - February 6, 2013
‘‘ ‘Negative economic consequences’ also generate piles of corpses.  In a large [population], there’s going to be a margin whose difference between life and death is, like, five bucks.  And whoever takes those people’s five bucks kills them.  Statistically.

The little Freud in my head tells me everybody knows this and, really, that’s the appeal of doing all these tiny shitty things to masses of people for no demonstrable benefit.  If ‘‘we’’ do a lot of this stuff to a lot of people, ‘‘we’’ get to kill a bunch of them and act like we didn’t.  That’s exciting.’’ - ‘‘oblig.’’, commenting at Ace’s

Memory hole-ing at the NYTimes?
Now you read it, now you don’t  Dept

Hmm.  I thought it was an ethical violation to threaten criminal action to bring about a civil settlement.  ‘‘During settlement negotiations, the Justice Department held out the threat of a criminal case against S.&P., the people said.’’

UPDATE:  Now this is interesting.  The part about criminal threats is now missing from the NY Times story, though the phrase still shows up in a search.[1]  I wonder why it was removed?

Silly Glenn, ethics only apply to Republicans, not Democrats or their enablers!

[1] Just for grins, Glenn has a screenshot.