The problem was, he didn’t bring any donuts
G’wan, beat it!  Dept

In which Mr.B gets his reward for trying to be a good citizen...


The "State Police have better things to do.”

(Somebody ought to send a copy of that post to Mike Pence. I believe we’ve got an agency that could be a prime candidate for abolition.)

Fear and division, grievance and entitlement...
Compare and Contrast Dept

If you’ve got a business, you didn’t build that.  Somebody else made that happen.

Fear and division are all they’ve got left.

What struck me most by Eastwood’s appearance was simply this:  There was NO profanity, NO shrill screeching epithets, NO rage contorted face with flying spittle, NO stupid little rhymes, NO charges of racism...

Clipfile - August 29, 2012
"...if you think ‘welfare abuse’ automatically means ‘black people,’ then you’ve made clear who the racist is.” - Glenn Reynolds

I’m writing you today to urge you to join the growing effort to stop the worst-ever changes in this Rules Committee’s Report and to vote in favor of amendments to Rules 12 and 15...

If the Rules Committee Report were to pass without adoption of the Minority Reports, it would amount to a power grab by Washington, D.C. party insiders and consultants designed to silence the voice of state party activists and Republican grassroots by:


• Handing national party officials the power to change national party rules adopted by state and grassroots leaders at the Republican National Convention. For generations, the prohibition of manipulated changes in the national Rules of the Republican Party between national conventions has served as one of the crown jewels of our party. It’s a power grab which opens the door to many future power grabs.

• Stripping state parties in all states with binding primaries of the power of choosing who will represent their states as national delegates and alternate delegates...

• Gutting the great and successful reform adopted in the current election cycle to stop the dangerous trend to front-load the selection of national convention delegates. Our party would move again toward a national primary which would deny grassroots Republicans the opportunity to vet presidential candidates in a nomination contest of reasonable length...

At 2:00 p.m. today in Tampa, the Republican National Committee, led by Team Romney, is moving to shut down conservative grassroots activists. I’ve been on the phone with several individuals involved in the fight who tell me that the fight is not over, it is only just starting.

Specifically, the media is reporting that the rules fight is over because Team Romney is abandoning Ben Ginsberg’s effort to allow candidates to control delegates... but several people I’ve spoken to this morning make clear that Team Romney and the RNC establishment are using that compromise as a red herring to distract from two major rules change proposals that would decimate Republican grassroots and prevent upstart political campaigns.
...
The first rule to be proposed is one that would give the Republican National Committee the power to change rules between conventions...

And they were doing so well up till now. 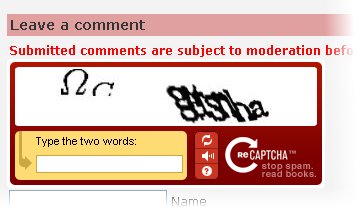 
In our wonderful multi-everything society, there are so many groups with so many claims to pain.  [But while] everyone agrees that the Heteronormative Caucasian Patriarchy of Doom is to blame for all of it, ... that still leaves the question of dividing up the spoils...

Clipfile - August 9, 2012
"Lawyers are, at heart, statists.  Hence, even those who claim to support the Constitution have a visceral level of fear of it, because it threatens the framework of the state in which they must work to survive.” - Bill Quick

Pushing the liberal agenda...
Just (leave out all) the facts...  Dept

"Legitimate Voters Blocked by Photo ID Laws” read the headline of a July 10 Associated Press article. Sounds pretty damning.  It turns out, though, that the article lacked key information about [the] two Indiana voters that might have changed the whole tenor of the story.  The reporter, Mike Baker, failed to reveal that the voters in question actually have photo IDs and have used them in previous elections.

Whoops!  And they also have passports (which work as voter IDs in Indiana).  And the two are also over 65, meaning they could have voted absentee without an ID.  And they were actually allowed to vote provisionally, as the law provides.  Etc., etc,

None of which were included in Baker’s report.

Anyone surprised by this?  Anyone at all?

Via Gary Welsh, who notes:

This is yet another example of why you simply cannot trust anything you read in the mainstream media any more.  These reporters have a leftist agenda, and they won’t allow the facts to get in the way of their predetermined narrative, even if that requires reporting outright lies to the public.