Clipfile - May 31, 2011 "You can almost always find at least one judge who will support the state’s power to do anything it damned well pleases, if enough sops to "public safety” or other such drivel are offered.” - Bill Quick

Clipfile - May 29, 2011 "If high school is an environment that systematically punishes traits that lead to success in the real world, then why not abolish high school?” - Glenn Reynolds

The interesting question becomes whether the GOP will, petulantly, scuttle the chances of ejecting BHO rather than fall in behind a potential Palin candidacy.  In other words, will the commitment to the traditional, broken, Ruling Class way be stronger in the GOP than the desire to, you know, live up to the party’s ideals?

My hope would be that the party’s Ruling Class would go for a winner (any winner) instead of another establishment hack, but that’s not the way I’d bet.

Romney and Pawlenty, whistling past the graveyard.
Bill Quick:

If Obama is the Dem candidate, the [winner of the] GOP nomination process is effectively the winner of the election.  So let’s make sure we choose somebody we want, not somebody the Gentry GOP establishment wants.

Support Transracial Rights!
I can SO get behind this:

Did not Michael Jackson become the first trans-ethnic person?  Why can’t others aspire to achieve such a state of being?  Or in feminist speak, why should my children be oppressed by the tyranny of racial assignment?

And besides, its only fair!

Instapundit linked an Inside Higher Ed story about a freedom of expression scandal at the University of California at San Diego. Executive summary: "Professor B” does some research with which "Professor A” disagrees- noisily.  The dean intervenes, sending "Professor A” a letter, telling him to knock it off or face "formal discipline, which can include written censure, reduction in salary, demotion, suspension, or dismissal.”

The faculty, who had already examined the dispute and found that neither professor had acted unprofessionally became, unsuprisingly, upset:

"We can not avoid the conclusion that the dean’s letter contains clear and unacceptable violations of core academic freedom rights, violations that were apparently implicitly or explicitly supported by others in the university administration at the time...”

...and this week the administration responded...

"...We acknowledge the recent determination by the Committee on Academic Freedom (CAF) and agree with CAF that the administration has a fundamental responsibility to protect the rights of faculty to research and publish scholarly work, and we will jointly redouble our efforts to ensure that every member of our administration fully understands this responsibility.”

Given the endless fulmination from the academy against so-called corruption and misbehaviour in the private sector, one might wonder:  Should "clear and unacceptable violations of core academic freedom rights” possibly be sufficient cause for firing the dean involved (or at least putting him on double secret probation)?

[1]  Another indicator of the low (actual) stakes involved:  The faculty committee report - a report investigating a dispute that was probably notorious on campus - redacts the names of the professors involved, and even the name of their department.

Inflation, deflation — we seem to have arrived at the worst of both. The things I own are deflating, the things I buy are inflating.

in government and university labs, with pharma just swooping in at the end to smack a label on the thing and stack all their money in neat piles, is an evergreen.  The truth is that the human body is complicated, finding good drugs is hard, and the regulatory hurdles make it harder every year.

Question before the house:  Is a regulatory regime that makes finding new drugs and bringing them to market "harder every year” what you want from our government?

1 It's pretty clear what the regulators want: something with no side effects whatsoever that can be sold for $4, or better yet $3.99.

These are some of the same people who think cars can be made to run off pixie dust, so there's no surprise here.

Namespace overlap
Knowing her interests, and mine...
When I first saw this... 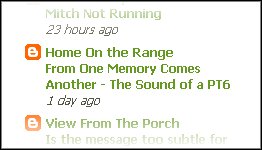 ...could I be blamed for wondering what would lead Brigid to be writing about.Magnecords?

LATER:  And then there’s this.