And from the comments, apparently there's a lot of people who either don't understand or are willfully misunderstanding the difference.

2 Indeed.  I hope you have a safe and prosperous New Year!

The NSA surveillance controversy explained in one sentence and two links
Working ‘‘as designed’’  Dept
Glenn Reynolds (of course!):

They can’t find terrorists by data-trawling, but if they’ve identified someone in advance, like, say, a political enemy, they can easily find dirt on them.

Clipfile - December 18, 2013
‘‘If the only way to obtain what you call ‘your rights’ is by compelling someone else to give up theirs, then what you are really demanding is not a right, but a means of imposing your values and your convictions on someone else.  And that is not a matter of civil rights.  It is an ideological and religious war, with government siding with whoever has the most money to invest in strategic campaign contributions...’’

Executives from the nation’s biggest technology companies will meet with President Obama on Tuesday to discuss the revelations about National Security Agency surveillance.

Several Silicon Valley giants including Google, Facebook and Yahoo are lobbying Congress to restrict the NSA’s powers and make the agency more transparent.  They warn that the surveillance is undermining trust in their services and hurting both their bottom lines and the U.S. economy...

Guys, your attempt at damage control comes too late.  Nothing that’s come out of the NSA since Edward Snowden began leaking has been believable (everything they say turns out to be lies), and we know that promises by the Pinocchio-In-Chief can’t be trusted.  ‘‘Period.’’

And we also know that the government will force you to lie to us about secret surveillance... and then to lie about lying about it.

So you’ll have a meeting, the government will lie to you, and you will turn around and lie to the us.

Trouble is, we now know better.  (And Snowden is still out there.)

And if Americans can’t believe you, why should Johnny Foreigner?

So guess what:  You fucked up, you trusted them.

(But maybe you can wrangle a few more H1-Bs for all your trouble.)

The Daily Mail:
Obama ‘hijacks’ tech executive meeting to make 'PR pitch’ on Obamacare website fix instead of dealing with NSA surveillance
• ‘We didn’t really care for a PR pitch’ about Obamacare, said one executive
• The White House telegraphed in advance that the president wanted to talk up his efforts to fix healthcare.gov, but no one in the room was interested
• Tech executives gathered in the Roosevelt Room to discuss the NSA’s overreach in seizing their digital records
• A federal judge ruled Monday that the practice violates the U.S. Constitution’s guarantees against unreasonable searches

Related:
ProPublica.org:  FAQ: What You Need to Know About the NSA’s Surveillance Programs

‘‘Big changes’’ — sure thing!
Chasing the customers away  Dept

Anybody suppose those ‘‘big changes’’ will include fixing the site’s slow-rendering pages, CSS errors, broken javascript, or non-displaying comments?

Not to mention more government-telling-people-what-to-do, and more bureaucrats employed to tell them.  No wonder the ‘‘progressives’’ love it!


(Glenn’s post links a Washington Examiner story about how ‘‘senators on both sides of the aisle are pushing measures that would whack the corn ethanol portion of federal biofuel blending targets’’.  Um-huh.  And if you believe it is anything other than posturing, let me tell you about my bridge-buying company that’s in need of some investors.  Cash only, please.)

Too much information?
The Register:

Massive! Yahoo! Mail! outage! going! on!  FOURTH! straight! day!
I guess the NSA must have gotten behind on their reading.

1 You really need a "like" button on this blog.

This time, it’s freezing rain...
Just a ‘‘slight chance’’ for us in Indy, but look out! east and south: 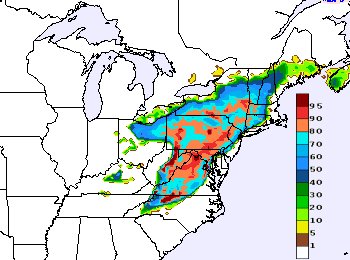 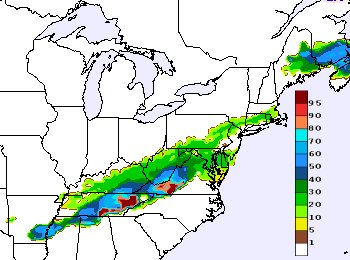 When editors ruled the earth...
Roberta turns a double subject into a charming epic:

Tommy[1] the Tank and the Steep Hill


Afterward, Roberta grumbles that In The Glorious 50-Baud Days, constructions such as ‘‘the tank it,’’ should they ever have made it as far as The Wire, would be followed by an immediate RESENDING.  Well, In Those Days, there were people called ‘‘editors’’ who usually caught such things before they escaped from the newsdesk.  Not to mention the final check by the guy/gal who punched the tape for transmission.

Nowadays just about anybody can hit ‘‘send,’’ although proofing your own copy remains just as damn difficult as it’s always been.  And once in the wild, I’m not sure anyone actually reads anything; transmission nowadays seems to be mostly cut-and-paste.

[1] Unnamed in her story, but he was a British Tank, after all!

‘‘Progress’’
Seventy-two years ago, we got mousetrapped[1] into a war to save civilization.  After a certain amount of fumbling[2] (and with a lot of help from the folks who’d got there first), 1365 days later[3] it was Mission Accomplished.  The future was bright, and the sky was... well, not ‘‘the limit’’ anymore, but the Edge of a New Frontier.

Sixty-eight years after, and...

We don’t have an Orbital Hilton or a tourist lodge on the moon and Pan-Am can’t run you up there on a shuttle -- in fact, they’re struggling to make the trains run on time while NASA astronauts have to bum a lift from the Russians.  But our .gov can bigawd tune in every cel-phone call, walkie-talkie and baby monitor everywhere, and read everyone’s e-mail and web-browsing history to boot.  China plans to put a missile base on the Moon and this country’s space program is all about listening at keyholes and peering in windows.

And that’s exactly what the midget-minds in Washington intended.