Clipfile, September 30, 2010 “Just because you’re creating doesn’t mean the bus will wait for you.” - James Lileks

“We have an electorate that doesn’t always pay that much attention to what’s going on so people are influenced by a simple slogan rather than the facts or the truth or what’s happening.” - John Kerry

Not surprising he’d say that.  After all, somebody out there keeps voting for him. 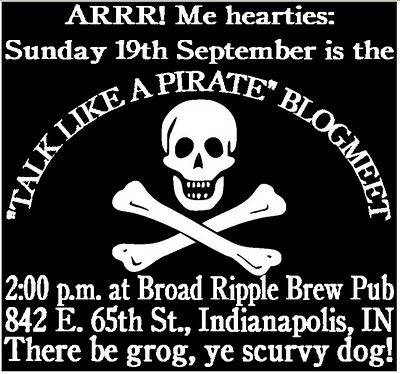 Note the earlier-than-normal start time. Should the winds hold fair, I’ll have a moment to emerge from my current Project Deathmarch and make an appearance.

And keep in mind, always...
Groucho Marxism  Dept
Andrew McCarthy makes a point which applies far beyond his topic of the moment:

Sort of a badge of honor, maybe?

Should you have a spare moment...
Sauce, Goose, Gander  Dept
Bill Quick:

...ask yourself why you never see these questions discussed in the Ruling Class media, or among our elected representatives, let alone by members of the current administration.

Clipfile - September 1, 2010 “When cosseted, millionaire journalists bellow at the great unwashed population for being stupid and racist and selfish, it almost doesn’t matter what they’re yelling about.  The message is clear: We’re the overlords; you’re the serfs; behave yourselves.

Serfs, of course, are supposed to get yelled at.  Citizens aren’t.  Citizens resent it, and then vote accordingly.” - Rob Long