The last refuge of the scoundrel
It’s For Your Own Good. Now Shut Up.  Dept
John J. Escalante, chief of detectives, Chicago Police Department:

‘‘Apple will become the phone of choice for the pedophile.’’.

So always remember, boyz-n-girlz:  Next time you fear you’re losing the argument, just drag in the kids.

Yet another US official has played the ‘‘think of the children’’ card, taking Apple and Google to task for implementing stronger encryption policies in their mobile platforms.

Outgoing Attorney General Eric Holder said that child predators could use the encryption settings in mobile platforms to evade authorities and hide illegal images and content on their devices from law enforcement.

1 It will become the phone of choice for politicians, for sure.

Thought experiment
And now: Idiots  Dept
So... what do you suppose would happen if somebody showed up here carrying the New York State Flag? 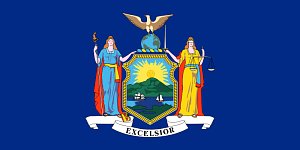 Or perhaps wearing a ‘‘Greetings from Riyadh’’ t-shirt? 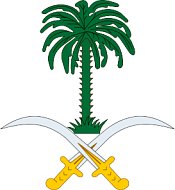 Clipfile - September 26, 2014
‘‘The role of critic has become just one more sinecure passed around among our self-appointed mandarinate, who understand neither popular art nor the people who enjoy it, and whose critical efforts are devoted largely to reinforcing their mandarin status.

The role of ‘internet administrator’ is rapidly becoming another, with the added mandarin cachet of almost total anonymity outside the field and almost total power within it.’’

‘‘Welcome to America. Now, give me all your money.’’
Gangster Government  Dept

The Canadian Broadcasting Company puts the word out:

American shakedown: Police won't charge you, but they'll grab your money
U.S. police are operating a co-ordinated scheme to seize as much of the public’s cash as they can
...
There’s a shakedown going on in the U.S., and the perps are in uniform.

Across America, law enforcement officers —from federal agents to state troopers right down to sheriffs in one-street backwaters —are operating a vast, co-ordinated scheme to grab as much of the public’s cash as they can; ‘‘hand over fist,’’ to use the words of one police trainer...

The Washington Post this week reported that in the past 13 years, there have been 61,998 cash seizures on roadways and elsewhere without use of search warrants.

The total haul: $2.5 billion...
...
So, for any law-abiding Canadian thinking about an American road trip, here’s some non-official advice:

Avoid long chats if you’re pulled over. Answer questions politely and concisely, then persistently ask if you are free to go.
...
Don’t be too talkative.  Don’t be too quiet.  Try not to wear expensive designer clothes.  Don’t have tinted windows.

And for heaven’s sake, don’t consent to a search if you are carrying a big roll of legitimate cash.

As the Canadian government notes, there is no law against carrying it here or any legal limit on how much you can carry.  But if you’re on an American roadway with a full wallet, in the eyes of thousands of cash-hungry cops, you’re a rolling ATM.

Say, do you suppose any of our liberty-loving politicians in Washington might want to take a look into this?

The word for today is ‘‘could’’...
Meet the New Boss  Dept
Investors Business Daily:

Republican Majority in House and Senate Could Stop Unlawful President

And I could be winning Powerball this weekend...

Clipfile - September 11, 2014
‘‘The Progressive Left, cannot allow anything to exist which does not parrot the party line.  Anything with even a whiff of free expression must be suppressed.  Visual arts, music, books, magazines, film, whatever.  All must be controlled; practitioners must be monitored; miscreants driven out or underground.  That’s why e-publishing is so frightening.  We’ve left the world the Samizdat and it scares the Left immensely.’’

- ‘‘RC’’ commenting at The Other McCain

OK, everybody back to work...