Clipfile - November 24, 2010 “We want our government to be like fire fighters: spend their days practicing driving big shiny trucks and having barbecues. In return for the minor inconvenience on the road and the easy 9 to 5, we expect them to be there when we need them.Not this government: we have a crowd in power that prefers to create fire hazards, then takes pains to let them burn for maximum effect, just to justify taking more of our money because fires are really big and scary.” - “anonymous,” in a comment at Doug Ross’ 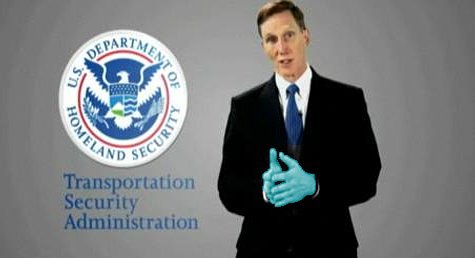 Clipfile - November 23, 2010 “The ubermenschen of the Hollyweird-Ivy League-Lefty ruling class feel the voters, having abandoned them, are no longer worthy of their solicitude and should thus be Alinskyized in the same way as Conservatives, Libertarians, non-RINO Republicans, and Tea Partiers.” - “edutcher,” commenting at Althouse

Clipfile - November 21, 2010 “...If we banned things on the basis of ugliness and relative uselessness, there's a whole lot of people who’d never be allowed out of the house.” - Roberta X

“There’s even a coupon...”
How to solve the healthcare problem:  Merge the TSA with the DHHS.

Ain’t it da trut’!
No outfit is complete without cat hair.

Great minds run in the same river
(or whatever...)  Dept
At Watts Up With That?, Willis Eschenbach did a post about the Constructal Law of Flow Systems.  Guess which Mark Twain quote turned up in the comments.