Clipfile - March 26, 2015
‘‘For decades now, our gatekeepers have been involved in an attempt to forge a people without past (or future) by metaphorically destroying or making inaccessible all the stories that don’t support the narrative they want us to believe.  News, History, Stories, even religion, they’ve tried to deprive us of all of them...’’

1 its a fact that people who are corrupt do everything they could to corrupt people as well. this is just pure evil and  I pray justice for all these
countertopsspokane.com

Thank you for this interesting thread, much appreciated. Meanwhile, I had to check out and download the Beyblade Burst Rivals on my desktop for a much easier game immersion and map navigation. This game has been a part of me and my friends’ weekly game nights because of its entertaining premise requiring minimal mechanical skills needed to progress throughout the rounds. Also, all toca life apps have been released to the public for everyone to enjoy. Truly worth the time being spent playing with your friends.

Clipfile - March 23, 2015
‘‘...Every tyranny in history has expressed its tyranny through the law.  Everything Hitler, Stalin, or Mao ever did was perfectly legal under the laws of their countries.

‘‘People who worship at the altar of ‘a nation of laws’ forget about that part.  Don’t worship law - it’s only a tool.

1 Bill Quick really was a wise man. I love him
www.homeremodelingtylertx.com/countertops

Thank you for this insightful thread, much appreciated. As I take a break from all the reading required in this site, I had to play the game on pc for this game called monster legends for an entertaining one as well. This game has been a part of me and my friends’ weekly game nights because of its addicting yet intense premise requiring minimal mechanical gaming skills. The dr. driving has been out for quite some time now as well.

Thank you for this interesting thread, much appreciated. Meanwhile, I had to check out and download this monster breeding game called monster legends as part of my browser’s extension. This game has been a part of me and my friends’ weekly game nights because of its entertaining premise requiring minimal mechanical skills needed to progress to the succeeding rounds. My talking tom 2 game has recently been out as well and numerous youtubers and streamers have been on it ever since quarantine started.

Clipfile - March 22, 2015
‘‘The primary purpose of race-talk in America today is to allow elite whites to silence and shame non-elite whites.  Thus, it’s not surprising that the people pushing it are . . . a bunch of elite whites.’’

1 this is actually funny but its a sad fact seospokanecompany.com

2 I cannot believe that even after so many years and many racist crime debate going around and people are protesting for their rights. Non-white people in America are still receiving this kind of treatment from other white people. Police brutality against non-white people specially our brothers with black skin are being killed on a broad daylight and it makes me frustrated with our justice system. Did you know that Granny game is now available on pc? learn more about keys in Granny 2 if you visit their official website 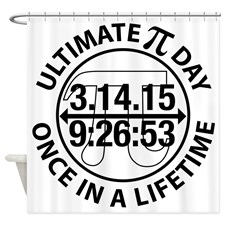 1 3 years in prison is not enough for taking an innocent TEEN!
contractorspokanewa.com

You really can see the marked improvement of your laptop when you finally get to download and install this driver update. I noticed that the driver update not only fixed the LAN (Local area network) issues that were being experienced by the users for a couple of weeks but it also fixed performance bugs and issues that were being reported regularly on the forums. If you look closely on the changelog you can see all the issues that have been patched even those that are not included in the description of the driver update. Now that all of this has been fixed, you might want to know how to get black desert mobile for free and ask why is the mega-app of toca life world trending now? All thanks to this driver update.

The 545 Problem
Bill Quick found this goody at Mike’s place:

The 545 Problem
By Charley Reese

One hundred senators, 435 congressmen, one president and nine Supreme Court justices — 545 human beings out of the 235 million — are directly, legally, morally and individually responsible for the domestic problems that plague this country...

When you fully grasp the plain truth that [those] 545 people exercise the power of the federal government, then it must follow that what exists is what they want to exist.

There are no insoluble government problems.  Do not let these 545 people shift the blame to bureaucrats, whom they hire and whose jobs they can abolish; to lobbyists, whose gifts and advice they can reject; to regulators, to whom they give the power to regulate and from whom they can take it.

Above all, do not let them con you into the belief that there exist disembodied mystical forces like ‘‘the economy,’’ ‘‘inflation’’ or ‘‘politics’’ that prevent them from doing what they take an oath to do...

This was written in 1988.  You’d think we might have learned.

2 Very efficiently written information. It will be beneficial to anybody who utilizes it, including me. Keep up the good work. For sure i will check out more posts. This site seems to get a good amount of visitors

8 I've been browsing online more than three hours today, but I never found any attention-grabbing article like yours. It is beautiful value sufficient for me. Personally, if all website owners and bloggers made good content material as you did, the web can be a lot more helpful than ever before. Maybe you can help me making my own website, you can visit my website by clicking the all new hearthstone decks or you can also click the download to proceed.

1 when you cant do nothing, pray.
www.spokanehousepainters.net

Thank you for this interesting thread, much appreciated. Meanwhile, I had to check out and download the dragon mania legends on my desktop for a much easier map navigation and better game immersion. This game has been the focal point of me and my friends’ weekly game nights because of its entertaining premise requiring minimal mechanical skills needed to progress the rounds. The dr driving online game has been out for quite some time as well. Truly worth the time being spent!