In Congress too long: Reps. F. James Sensenbrenner (R-Wisc.) and Lamar Smith (R-Texas) Who are

...pleased as punch to require your ISP to retain scads of data about your online doings and then sell that info (free for nothing) down the river to Mr. Obama's overseer Attorney General Eric Holder.  They could not be more proud to turn your Constitution-readin’, gun-ownin’ online self over to the Feds, in fact.

Well, we know all that “right of the people to be secure in their persons, houses, papers, and effects, against unreasonable searches and seizures” stuff is sooooo overrated, anyway.

Clipfile - January 25, 2011 “...It must suck to be a radical these days.  You can’t have conversations in which you pine for revolution without every damn website linking to it.” - “Pogo,” commenting at Althouse

“I’ll just soldier on with being disagreeable”
Civility, civility, there’s nothing like civility  Dept
Me, too.
Where do I sign up?

One less reason to watch the Super Bowl
You mean there’s a GAME, TOO???  Dept
ESPN’s Gregg Easterbrook brings the bad news:

...There will be no cheerleaders at the Super Bowl.  Green Bay and Pittsburgh, the last teams standing, are among the small number of NFL franchises that do not have a professional cheer-babe squad...

Because the Super Bowl is the sole NFL game each season to which both teams bring their cheerleaders, normally one of the treats of attending the final contest is gorgeous, scantily attired, dancing women along both sidelines.  Instead, in XII days in Dallas, there will be no cheerleaders at all.  How could this happen?  This is America!

Whaddaya mean, “we”?
While digging under the rocks over at the CSM, Roberta uncovered an opinion piece by Dr. Anthony Schlaff attaking Republican opposition to Obamacare’s insurance mandate, and containing this lulu:

“...let us not forget that we as a society created our government to make our choices...”

But I don’t think that the founders woke up one morning saying, “It’s just what America needs: A government that will make our choices for us, so we don’t have to!”  I always thought that our government was more about backing up the individual citizen on the stuff that might be burdensome or difficult: “...establish Justice, insure domestic Tranquility, provide for the common defense, promote the general Welfare, and secure the Blessings of Liberty,” and the like.  Nor do I believe that, once created, our government was supposed to go merrily on its way, with the citizens having no right to tell it, “Sorry, you got it wrong.”  (See: Election, 2010.)

Dr. Schlaff must live in a different society than I do.

Rep. Pete King (R-N.Y.) said he would propose a bill in the coming weeks that would ban the carrying of guns within [1000 feet of] the president, vice president, members of Congress and federal judges.

...because assassins always obey the law.

Oh, why am I not surprised?

Related:
Proposed New Law Would Require All “Federal Officials” To Wear Beanie Hats With Flashing Lights On the Top

1 You can add President Nixon's favorite mayor to that list, too.

In Congress too long: Rep. James Clyburn (D-S.C.)
Rules for thee, but not for me  Dept

“We’ve had some incidents where TSA authorities think that congresspeople should be treated like everybody else.  Well, the fact of the matter is, we are held to a higher standard in so many other areas, and I think we need to take a hard look at exactly how the TSA interact with members of Congress.”

’Cause we wouldn’t want to have congressmen mistaken for proles, now would we?

Actually, members of congress should get special treatment:  They should be subject to “enhanced” screening, good and hard, every time they fly.

(Quote from The Hill, via IP.)

Indy Blog•Meet this coming Sunday
(That’s Sunday the 16th, that is...) 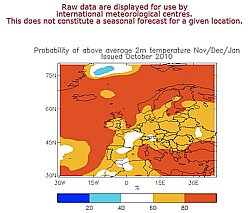