Auberon Waugh “There are countless horrible things happening all over the country, and horrible people prospering, but we must never allow them to disturb our equanimity or deflect us from our sacred duty to sabotage and annoy them whenever possible.”
----
tnx: Paco

Something I'd forgotten "writerchick" responds to this post at The End of Elite Media Empires:

[Senate Minority Whip Trent] Lott should have been kicked out the day he decided as the Majority Leader to ’share’ the committeeships with the minority party. After all, what did he get for his bipartisan efforts? Kicked in the head and called a racist. Still, he don’t get it.

A lot of people don’t remember Lott’s stupid shraring idea. Why aren’t the Democrats sharing now? Their one person majority is still in a coma. Notice we don’t get any progress reports on him?

Your customer is... your enemy? Looks like Big Music is right:

"The music industry is one of the greatest victims of consumer anger. Much of the illegal music downloading that takes place isn't done just because the music is free but rather because stealing music costs "the suits" money . In research we did for the entertainment industry, it became clear that music fans resent company executives for making too much money for themselves, too much profit for the corporations, and pampering and overpaying the "talent," and the way they express this anger is to download illegally to punish the industry." -- Frank Luntz, Words That Work

I can't believe that "stickin' it to the man" is the primary reason that most people download music-- it sounds too much like what I used to hear from shoplifting hippies back in the 1960s. Still, it's unsurprising that it's offered as a reason (or excuse), especially given the increased exposure of the industry's business practices. And that says something about the public's attitude toward the music industry.

Which should be a worry to Big Music's stockholders. In fact, there are a lot of stockholders who should be worried: Those who hold stock in communications companies whose officers want to monitor internet communications. Those with money in cable TV companies that try to weasel out of contracts. Or whose companies make inkjet printers that lie to users about how much ink is left. Or engage in other unethical (if not illegal) deceptive practices.

Because if you treat your customer like an enemy, sooner or later he'll probably reciprocate.
-----
The opening quote was featured in a post by Mark Ramsey, who's whistling past the graveyard: He hopes Big Radio might be spared from customer resentment because "Big Radio is free."

Good riddance Michael Bloomberg quits the Republican party. [via all sorts of people]

Which means that Republicans no longer face the prospect of coming up with excuses when Bloomberg's stupid nanny-isms result in stuff like this:

We regret this inconvenience.

"Giving people what they deserve."

-----
[via Lileks, who after musing on the law of unintended consequences, says "I’d love to see that concept extended to every – single – other – business in New York, and watch the entire island empty out."]

Congressman invents perpetual motion machine, film at 11 It's all about earmarks, of course:

To Flake, the idea of providing federal money to subsidize the process of trying to obtain more federal money is absurd. -- TheHill.com, June 20, 2007 [bolding mine - o.g.]

It's only absurd to normal people.  Inside the beltway, it's a stroke of genius!.
-----
HT: Insty

More signs that the end of the world is nigh Life imitates Scrappleface again (from June, 2003):

A spokesman for the Episcopal Church said the move demonstrates, "Our church is open to all people, regardless of their beliefs, or whether they accept the teachings of the Bible."

Shortly after noon on Fridays, the Rev. Ann Holmes Redding ties on a black headscarf, preparing to pray with her Muslim group on First Hill.

On Sunday mornings, Redding puts on the white collar of an Episcopal priest.

She does both, she says, because she's Christian and Muslim.
...
Redding's bishop, the Rt. Rev. Vincent Warner, says he accepts Redding as an Episcopal priest and a Muslim, and that he finds the interfaith possibilities exciting. [bolding mine -o.g.]

Ooooo-kay!
[posted by Mark Steyn at The Corner, who warns, "It's never wise to satirize the Episcopal Church."]
-------
And then there are the Republicans:

The California Republican Party has decided no American is qualified to take one of its most crucial positions — state deputy political director — and has hired a Canadian for the job through a coveted H-1B visa, a program favored by Silicon Valley tech firms that is under fire for displacing skilled American workers. -- San Francisco Chronicle

via Bill Quick, who wonders, "Wasn't a Mexican available?" 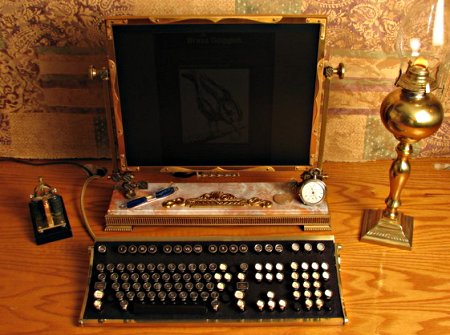 We know we're paying them, the question is, "for what?"

Whether students are underachieving, average, gifted, or in need of individual attention, parents should recognize their own and their children’s role in learning mathematics and achieving optimal success. They [parents] should know the specific academic standards their children are to meet at each grade level, and they [parents] should be able to monitor their children’s performance and provide extra help when needed. Parents should be responsible for obtaining information regarding their children’s progress and know how to interpret that information appropriately. Above all, they should encourage a positive attitude toward mathematics.

Parents are their children’s first teachers. A child’s early experiences with mathematics at home can provide an important foundation for learning the content standards for kindergarten (Saxe, Guberman, and Gearhart 1987). Parents and other family members can nurture and stimulate mathematics development in their children and, for many children, will need to be involved in their children’s mathematics program at all grade levels (Stevenson et al. 1990)

However, schools must take greater responsibility to support the early mathematics development of children who are less fortunate and do not benefit from an educated, supportive family environment. Such support may require after-school homework, transportation services to bring children to school early for extra tutoring, extended tutoring support, and similar kinds of programs. -- California Mathematics Framework 2005, Chapter 7


So lets see: It's up to the parents to be the "first teachers," to "know [...] specific academic standards, to "monitor their children's performance," to "obtain information" (and "know how to interpret" it!), to "provide extra help," and "to be involved in their children's mathematics program at all grade levels." Oh yes, and above all "encourage a positive attitude toward mathematics."

Catherine Johnson (who ferreted this one out) wonders:

What parent apart from a person working in a math-related field can do this?

And how many parents working in math-related fields can do this? Pedagogical content knowledge is different from domain knowledge.

Next question: are parents expected to be able to do this for every subject their child will be "learning" at school?

And while the parents are doing all this, the school is doing... what, exactly?

Yes, I know that blogging has been slow This is one reason: 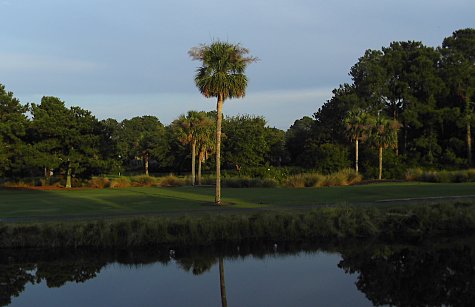