Clipfile - May 11, 2009 “You know an economic system whose central conceit is to promote equality by transferring wealth from the have-mores to the have-nots has failed when it seeks to transfer wealth from the poor to government.” - “Jehuda”

Washington has other priorities
Alice H.

$7,500 is the cost of providing one scholarship to one student in the DC Opportunity Fund that Obama nuked.  For the cost of terrifying NYC, plus the cost of asking gay South American men why they like to get drunk and screw random strangers, 101 children in one of the worst school districts in America could have received a year of quality education.

Dear God, what has happened to journalism in America?  Is it any wonder that people hate “the media” so much?  Here you’ve got the case of a 17-year-old shot dead, two others wounded, a crime that indicates a systemic failure of local government, and the local paper is too busy covering pandas...?
...
Murder is news.  Rape, robbery and drug busts are also news.  And guess what?  Crime coverage, if done right, sells papers.  If the Washington Post can't be bothered to cover a shooting that leaves one teenager dead and two others wounded, what the hell is the point of publishing a newspaper?

By and large, they personally forked out for his campaign, they voted for him, and they know he is capable of boosting TV ratings just by making an appearance.

But executives at the Big Four broadcast networks are seething behind the scenes that President Obama has cost them about $30 million in cumulative ad revenue this year with his three primetime news conference pre-emptions.
...
Even more irksome, the White House is bailing out bankers, insurers and carmakers, but nary a nickel has gone to the struggling media industry
...
“The millions of ad dollars the president is costing us could help us keep some of those people working.”

Clipfile - May 8, 2009 “When charming leftists stick their noses into things they don’t understand they become ratchet-jawed purveyors of monkey-doodle and baked wind.  They are piddlers upon merit, beggars at the door of accomplishment, thieves of livelihood, envy-coddling tax lice applauding themselves for giving away other people's money.  They are the lap dogs of the poly sci-class, returning to the vomit of collectivism.  They are pig herders tending that sow-who-eats-her-young, the welfare state.  They are muck-dwelling bottom-feeders growing fat on the worries and disappointments of the electorate.  They are the ditch carp of democracy.” - P.J. O’Rourke

1 Yep, that's about right.  Applies to some RINOs as well.

Next Indy BlogMeet - May 17 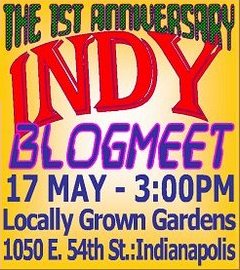 It’s the first anniversary!
It’s next weekend!
It’s ten blocks south of the usual neighborhood...
note change in venue!
Make a day of it!
It’s the same weekend as the
Broad Ripple Art Fair
($12 advance, $15 at gate)
Thanks as usual to Roberta X for artwork and decisionmaking. 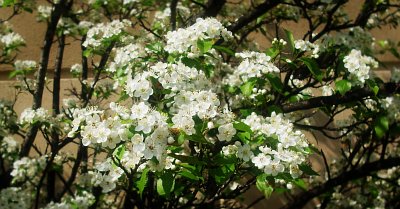 Petty, narrow, mean, and insecure
“Sonic Charmer” creates a truth table, and something most of us instinctively suspected becomes becomes abundantly clear:

What two recent faddish news items, both involving previously-unknown women, say about the current state of our culture:

... In both cases we find people being treated as beneath contempt – as not meriting the slightest basic human decency – as, essentially, unpersons – unless and until [or as long as - o.g.] they meet certain conditions.  Susan Boyle met those conditions by demonstrating an unsuspected and unlikely-seeming artistic talent.  Carrie Prejean, meanwhile, excluded herself from those conditions by demonstrating an incorrect opinion.
...
...
The priorities for someone wishing to be treated decently are clearly: At the very least, make sure you conform.
- Two People, Two Beauties: The Boyle-Prejean Matrix

(That’s the essence, but read the whole thing.)

Certainly says something about our “betters,” those who would dictate social and cultural standards.  Like a never-ending high school


LATER:  Discussion in the comments at Dustbury.  And backstory from Akaky.


Via:  Tatyana via Charles.

Incoming!
From The Wall Street Journal (so it must be true!): 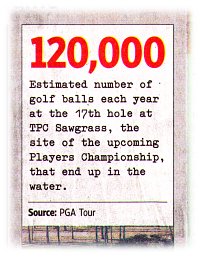