Clipfile - June 11, 2011 "We really have to stop giving the Left the benefit of the doubt.  By this time tomorrow, it will have been over a hundred years they've been trying this nonsense.  It has all been thoroughly debunked and demystified.  The consequences are known and cannot honestly be termed unanticipated.  Ignorance of the laws of reality just can't be taken for an excuse any more.  And their claims as to their motives are unpersuasive and disingenuous at BEST.” - Mark Philip Alger

The Washington Post: It’s all about The Agenda.
"The Washington Post thinks it’s ‘harassment’ to request Michael Mann’s files from the University of Virginia (their Memorial Day editorial) but it’s cool with requesting and obtaining and asking for citizen-journalists to go through 24,000 of the State of Alaska’s emails involving Sarah Palin.” - Jeanne Bodine, commenting at Le•gal In•sur•rec•tion

...The press cannot be allowed to operate this way, or we don’t have a free country. 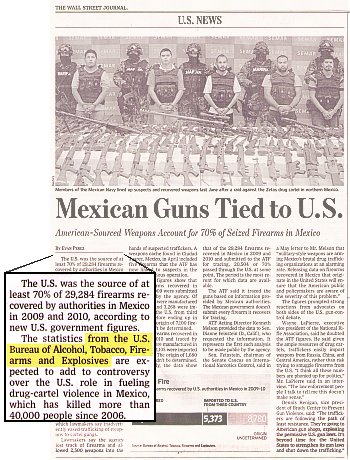 The EPA gets a three-fer
Kingsport Times-News:

American Electric Power on Thursday announced it plans to shut down several coal-fired power plants, convert or retrofit others, and cut as many as 600 jobs in the next few years to comply with regulations proposed by the U.S. Environmental Protection Agency... ...
Although some jobs would be created from the installation of emissions reduction equipment, AEP expects a net loss of approximately 600 power plant jobs with annual wages totaling approximately $40 million.
...
Businesses... will face the impact of electricity price increases ranging from 10 percent to more than 35 percent...

“Hating the rich is a lot more important than helping the poor.”
From The Guardian, a lesson in progressive priorities.

(Credit "Rafi” for the title.)

Chapter One...
Joanna has a "flash fiction challenge” story up: Curiosities.  It hooked me!

Now if we can talk her into a second installment...

What about Members of Congressmen?
Reason’s Peter Suderman notes that Tennessee has outlawed

...the [electronic] transmission or display of images that might, under a "reasonable expectation,” "frighten, intimidate or cause emotional distress” to anyone who comes across it.

Time to SWAT some government agencies
No-knock, who’s there?  Dept

Ask the question any way you want:

Tam defines the issue (and go Read The Whole Thread):

Don’t get bogged down in the minutiae of who allegedly issued the warrant or what offense it was allegedly for. ... No doubt i’s were carefully dotted and t’s were painstakingly crossed on this gobsmackingly stupid raid.

The larger question is "Why does every federal agency need their own internal cop shop, to include SWAT teams, which they then have to use at the drop of a hat to justify funding?”

Plus, the spread of police authority means less accountability combined with the greater likelihood of inexperienced "cops” killing innocent bystanders.

Not to mention that these "mistakes” never seem to have any consequences for the perpetrators or their superiors.

I can think of nothing whatever that the DoE might be investigating that would require a 6AM no-knock break-down-the-door raid.

Time for a departmental death penalty.

Hey Republicans!  You gonna do anything about this?

...if Congressional Republicans are looking for some budget cuts, how about a rider banning any funding for armed agents at the Department of Education?

Clipfile - June 8, 2011 "It’s a shame Twitter is such a new technology; if it had been around a little longer, Bill Clinton would be a disgraced ex-governor of Arkansas and nobody would have ever heard the name ‘Kennedy’.” - Tam

No Anthem at Goshen
Insty links to a blast from the 70s, eminating from (of all places) Goshen, Indiana:

The Goshen College Board of Directors announced today that it has asked President James E. Brenneman to find an alternative to playing the Star-Spangled Banner that fits with sports tradition, that honors country and that resonates with Goshen College’s core values and respects the views of diverse constituencies...
The Board expressed a strong commitment to advancing with President Brenneman the vision for Goshen College to be an influential leader in liberal arts education with a growing capacity to serve a theologically, politically, racially and ethnically diverse constituency both within and beyond the Mennonite church.  The Board concluded that continuing to play the national anthem compromised the ability of college constituents to advance the vision together...

"Goshen College has been and remains a ministry of Mennonite Church USA with an enduring peace tradition,” Romero [Carlos Romero, executive director, Mennonite Education Agency] said.  "The Board’s decision reflects a belief that faith and honoring country can co-exist without disturbing higher allegiances to God and that Goshen College will become increasingly diverse and will welcome diverse viewpoints.”

Because some of those "constituents” may feel uncomfortable celebrating America?

There’s a bit more to this story than what’s in the headlines: Goshen hadn’t performed the anthem at sporting events until 2010; the board’s request to look for a substitute is the outcome of a year-long consultation.  And the Mennonites who operate Goshen have a long tradition of pacifism, so it’s not a surprise that some might be uncomfortable lending their imprimatur to words that, at least at the outset, celebrate a successful military action.

But the 70s-vintage "diversity” language in the College’s statement leaves me suspecting that this is as much about pandering to the campus’ racial nationalists/seperatists as it is about pacifism:  Not "give peace a chance,” but the Nation of Islam and La Raza.

Because if their concerns stem from "higher allegiances to God” and the Anthem’s "warlike” opening, they could go a long way toward addressing them not by doing away with the Anthem, but by singing (and understanding) its fourth verse:


Oh! thus be it ever, when free men shall stand
Between their loved home and the war’s desolation!
Blest with victory and peace, may the heav’n rescued land
Praise the Power that hath made and preserved us a nation.
Then conquer we must, when our cause it is just,
And this be our motto: "In God is our trust.”
And the star-spangled banner in triumph shall wave
O’er the land of the free and the home of the brave!

1 Just as a bit of trivia, Freemasons in Indiana traditionally sing both the first and fourth verses.