Next blog meetup: June ??
Roberta X is nailing down the exact dates.

Weasel’s Damien has gone A.W.O.L.
Just when she’s getting ready to head for England.

Go read the story, and leave some good thoughts:
Lost: adorable fluffy psycopath
Possible Damien sighting
Comfort from an unexpected quarter
Back when I was a kid, my sister’s tuxedo tomcat disappeared for three weeks, returning home covered with dust, but otherwise none the worse for wear. We never did find out where he’d been.

And, Weasel, props for comforting the shelter kitties.

In several hundred stores, [iBiquity, HD’s developer] has placed “retail demonstration modules” (RDMs) that connect to up to 10 HD Radios at a time to walk consumers through a simulated demo delivered through the radio’s own speakers. The demo includes a recorded explanation of the technology’s benefits, a recorded A/B comparison of analog and digital reception, and a demonstration of multicasting and metadata capabilities...

Most... lack outdoor antennas because for decades, “consumers have not needed FM demonstrated to them,” [according to Bernie] Sapienza [iBiquity VP for retail business development]... The antennas are often needed, however, to pull in digital AM/FM signals through the walls of commercial buildings and through a cloud of RF interference generated by flat-panel TVs and other electronics in a store.

Well, I dunno. This does address the problem of finding a working HD demonstration. But iBiquity’s decision to create its own “station” out of whole cloth, rather than simply figure out a way to get existing broadcast signals to the radios, doesn’t say much for its confidence in either the radios’ real-world performance or in the attractiveness of the HD programming that the stations are delivering. It fails to answer the buyers’ next question, “OK, the technology is neat... now what can I actually get on it?” And I wonder what the local HD broadcasters feel about iBiquity’s no-confidence vote.

Retailers already have problems with HD sets being returned because of poor sensitivity. I wonder how many radios will come back because buyers think the programming sucks?


Via: The Infinite Dial

Previously:
Marketing triumph (not)
Stupid Stupid Stupid - #4 of a series
Big radio shoots itself in the foot (again)

1 I wonder if they'll customize this for markets like Oklahoma City, where there's already a strong 88.1 MHz signal to be had.  (And wouldn't it have been easier to do this at 87.9?)

2 Anywhere there isn't a channel 6.

3 Works for me.  And after analog TV dies next year, stations on channel 6 will be rarer than worthy politicians.

“There are serious issues of coverage. Early adopters who bought HD radios report serious drop-outs, poor coverage, and interference. The engineers of Ibiquity may argue otherwise and defend the system, but the industry has a serious PR problem with the very people we need to get the word out on HD... In other words, everything you can find on the regular FM dial... The word has already gotten out about HD Radio. People who have already bought an HD Radio are telling others of their experience (mostly bad) and no amount of marketing will reverse this.”

First-impression have already been made - too late!

Finishing up the “telco” toolbox
Spent a couple of hours Sunday afternoon helping a friend chase down a landline problem.

Which gave me a suitable excuse for an addition to the test gear department.
more...

Two different worlds
Teresa explains the distinction between being “from Illinois” and being “from CHICAGO.”

If we were serious about energy independence...
...in this time of record food prices, we’d spend $300 billion to fund Jerry Pournelle’s “100 1000-megawatt nuclear generators” energy program, instead of on a farm “aid” bill that will force us to pay inflated prices for sugar to make ethanol.


Related:
Watching the hippies twitch.
Corn production facts -vs- MSM ignorance
HT:  Daily Pundit (for the Examiner link), “oa,” in comments at VFTP (For the reminder about the Frank James post). 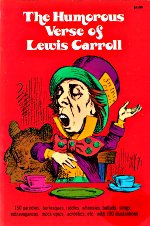 Dear,
We here at LGF have been rollicking through your files. Interesting stuff! Would you care to let us in on the purpose of your experiment involving LGF and other blogs? If not, how about just the methodology, You have sparked quite a conversation.

*All* of your files seem to be wide open to the public. You need some CHMOD, and quick (of course, I can only speak about the files in directories I can see--but nothing seems to be missing, heh!).

Dutoit nails his theses to the capitol’s doors
Indicting the congressional Republicans:

Did you think we were asleep while you were doing all this stuff?

He also has some advice, not that anybody’s listening.

...The Republican Congress... has nobody to blame but itself, for being a pork-ridden, craven, lard-assed bunch of ninnyhammers.

If we were serious about reducing energy prices...
...we could end the moratorium on oil shale development in Colorado.


Via Instapundit, who asks, “Are these guys on the Saudi payroll, or what?”