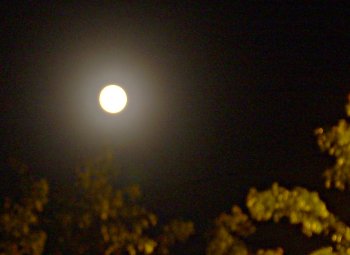 So what else is new?

After his public conference call with Clinton supporters... Saturday, John McCain met privately with some 75 of those supporters at his Virginia headquarters...

[One Democrat present] said he’d liked McCain’s answer on judges, in which he “pointed out that he supported Bill Clinton with both Ginsberg and Breyer.” - Ben Smith

Via:
Mickey (“You actually believed that stuff about Roberts, Alito and Scalia?”) Kaus

Democrat AG, ISPs, team up to block 99% of usenet So Sprint, Time Warner, and Verizon made a deal with New York Attorney General (Democrat) Andrew Cuomo to “block websites and newsgroups containing child pornography” (and pay $1.125 million extortion) in exchange for Cuomo making his agency’s trumped-up charges[1] of “fraud and deceptive business practices” go away.

Aside from getting out from Cuomo’s harassment and the “it’s for the CHILL-DRUN” photo-op, what’s in it for the ISPs?  This:

Verizon Communications confirmed on Thursday that it will stop offering its customers access to tens of thousands of Usenet discussion areas, including the alt.* groups that have been a free-flowing area for discussions for over two decades.
...
What this means in practice is that, thanks to the New York state attorney general, Verizon customers will lose out on innocent discussions.  Verizon is retaining only eight newsgroup hierarchies, even though over 1,000 hierarchies exist. [link in original - o.g.]

Usenet (“net news”) is a service that most of the big ISPs have been eager to dump for a long time.  Despite being unknown to (and unused by) most customers, net news (unlike the “world wide web”) requires the individual ISP to maintain server capacity and some level of administration for it.  The Cuomo agreement gives the ISPs cover for getting rid of something they have long viewed as an expensive nuisance, all in the name of combatting child p0rn.

And because it involves nation-wide companies, the agreement has nation-wide implications:  Effectively, a combination of New York State politicians, QUANGOs[2], and the big providers will determine what part of the internet the rest of the country can access.

And how many groups are getting censored?  Roughly 99% of them.

And Democrats are champions of freedom?

I’m so glad to see my liberties are in such responsible hands.

...undercover agents from Mr. Cuomo’s office, posing as subscribers, complained to Internet providers that they were allowing child pornography to proliferate online, despite customer service agreements that discouraged such activity.

[2] In this case, the QUANGO is the National Center for Missing and Exploited Children, which will maintain a list that, under the agreement, the ISPs will be required to vet web sites against.
According to its annual report (available here), 71% of the NCMEP’s income comes from federal sources.  NCMEP runs the Amber Alert program, but, in a classic case of “mission creep,” it now spends more- 25% of its program expenses- on “Cyber-safety.”  Only 18% goes to “Hotline and photo distribution,”  which is also less than the 21% NCMEP spent on propaganda “Public Education and Awareness” (14%) and “Community Outreach” (7%).

Next time you see some college athlete in a “revenue sport” acting like a horse’s ass, remember these kids and know that not all athletes are self-centered and spoiled.  I know that for every memory of a house or business befouled with floodwaters, there will be another warm memory of a stranger who showed up out of nowhere and asked “What can I do to help?”

The fish always stinks from the head downwards Glenn Reynolds:

A few years ago Google lost its position as an outfit that people trusted because they thought it was run by friendly well-meaning geeks, and became just another big corporation out for the money.  I think that's hurt them, and I also think it's sad, if perhaps inevitable.

Unfortunately, “friendly and well-meaning geeks” have little patience with (or interest in) corporate game-playing.  Over time they get displaced by more political “management” types who are just “out for the money.”  Once the number of such “managers” reaches a critical point, only those with compatible priorities receive promotion, and the company’s culture changes from “do the right thing” to “do the profitable thing.”  Canonical examples: Hewlett-Packard[1], General Electric, Gannett, and Google.
--------
[1] Link added 080613 15:41, HT: Instapundit

Via:  Perfunction via Ace

Another business model goes plop
Link your radio to a retailer to create a “buy what you’re hearing now” button for music.  Sound like a plan?  Didn’t succeed in the U.K.

Radio group Unique will close down its instant music purchasing initiative [“Cliq”], blaming the slow take up of DAB for the decision, the F[inancial] T[imes] reports today.

...Cliq [...has] been touted as the showpiece for the commercial potential of interactive radio. Cliq allowed DAB listeners to acquire a song as they heard it. It was launched two years ago, with the service embedded in standalone DAB[1] radios... and also ran as a Java applet on mobile phones. - The Register

It appears that Cliq was shuttered due to low levels of business; while the company reported an “operating profit” last year, those figures didn’t reflect debt expenses or recovery of startup costs.


-------
[1] DAB is the European version of digital radio. It has experienced uptake problems similar to those of American-version HD (but less severe, with an estimated 6.5 million sets presently in use in the U.K. alone).

Tam, stop it! You’ll only encourage them!

A crack team of cybernauts will form a rapid response internet “war room” to track and respond aggressively to online rumours that Barack Obama is unpatriotic and a Muslim. - The Times

Rumors like this,
or this,
or maybe this one?

1 I read someplace that Obama was an informant for the Vichy government during WWII and directly led to the capture of hundreds of maquisards.

2 Well, I'd heard he was playing piano in some bar in north Africa or somewhere at the time.

Bush’s “legacy” meltdown
Having pissed off the conservatives, Our President tries to preserve his “legacy” by swinging for the fences liberals...