Give ’em hell, Arizona
That’s a Feature, not a Bug  Dept
Nathan:

If leftists keep boycotting Arizona, it might become a reasonable place to retire.

...or at least for a vacation.

And (building on Nathan’s post)...  Oh, by the way, can you say “No tax dollars to professional sports?”

Maybe we should start taking screenshots?
Now you see it, now you don’t  Dept
Instapundit:

I had linked the original WaPo version of this below, but, strangely, that link now goes to a completely different story.  So here it is again.  Thanks to reader Joseph Nunke for pointing out this odd behavior at the Post, and for sending the new link.  We saw similar behavior from The New York Times with a critical story about the Administration the other day.  Hmm.  Anybody at the WaPo or the NYT want to explain this?  ‘Cause it looks pretty bad.

The MSM’s online versions have always had problems with disappearing archives/link rot.  Now we have story substitution.  It’s like they’re afraid someone might hold them accountable for what they said yesterday.

A little noticed provision in the recently passed health care reform bill will require every payment to corporations over $600 to be reported on a Form 1099 to the IRS, including payments for the purchase of merchandise and services.  This provision takes effect in 2012.

The current law requires a Form 1099 to be submitted to the IRS when your business pays more than $600 for rent, interest, dividends, and non-employee services if the payments are made to entities other than corporations.  Currently, payments made to a corporation and payments for merchandise are not required to be reported.

To file the required 1099, a business will have to obtain and keep track of a Taxpayer Information Number (TIN) from every vendor before submitting the 1099 to that business and the IRS.  Under current tax law, one copy of the form is sent to the IRS, and another copy is sent to the person to whom the business made the payments.

This is an horrible additional burden for any business, as for most businesses the only 1099s filed are for payments of dividends.  My own (micro) company, for example, typically issues two or three 1099s each year. In 2012, that number will grow to probably 100.

My small business has over a thousand vendors.  I would have to hire someone full time for a month to do this.

And there’s another little catch: If 1099-requiring payments are made to someone who fails to supply either a TIN or a Social Security number[1], the payer must reduce that payment by a “backup withholding” amount, and forward that difference to the IRS.

So let’s see: Track every vendor.  If their payments cross $600, obtain a TID.  Otherwise, start withholding taxes.  Prepare and mail a 1099 every year (and don’t forget those copies for the government!).

None of which makes any contribution to the bottom line.  And all of which will affect every business.

And the government gets far more information, in far more detail than it ever has had before, about the commercial activities of the citizens.

I’m stunned that there wasn’t a broader debate before such a costly mandate was enacted...

And I’m shocked that there might be gambling going on over there at Rick’s, too. (spit!)

As I’ve said before, I’m over giving those weasels any benefit of the doubt.  There are hundreds of lawyers in Congress: There’s no reason they shouldn’t have known exactly what they were doing.

Finally this note, from one of Warren’s commenters:

I can’t believe the several blogs and news sites where I’ve read of this, no one, not even the commenters, recognize what’s going on with this new requirement.  It most certainly is the basic framework data collection that would be required to enforce a VAT.  Now does it’s insertion into ObamaCare make sense?

LATER (100506 20:15), elsewhere:
Disrupt the Narrative:  Barak Obama Hates Trees
-----
[1]  Actually, it’s more complicated than that.  The recipient must also certify that it is exempt from backup withholding.  Effectly, this requires obtaining another federal form (W-9) from every vendor, every year.

1 Grouch, unless they've changed that part of the law, too, the government doesn't generally get a copy of a 1099.

Which applies to the issuer/payer, not the recipient.  So if you get a 1099 you don't attach a copy to your 1040, but the payer sends a copy to the IRS.

I'm not really a corporate accountant, I just play one on TV.

Third Anniversary Indy BlogMeet - May 16th
Most likely at Brugge, but add your thoughts to the discussion.
Seems amazing that we’ve been doing these for a full two.years now.
UPDATE (100507 16:15):
“Hey Grouch, if an ‘anniversary’ is ‘the recurrence of a date...’”
“Yeah?”
“Then if last year was the first recurrence, what’s this year?”
“The second— Oh, bother!”
I blame Alzheimer’s.  Either that or fencepost error.


Elsewhere, related:
Breda is putting together a meetup for the NRA Annual at Charlotte on the 15th.

The Wall Street Reform and Consumer Protection Act of 2009 (H.R. 4173), recently passed in the House of Representatives, includes language going far beyond finance inserted by Congressman Henry Waxman (D-CA).  This language could be used for an end run around the Dietary Supplement Health and Education Act (DSHEA), the legislation that governs dietary supplement regulation by the FDA [by expanding powers of the FTC].

The Federal Trade Commission could become a more powerful watchdog for Internet users under a little-known provision in financial overhaul legislation that would expand the agency’s ability to create rules.
...
The version of regulatory overhaul legislation passed by the House would allow the FTC to issue rules on a fast track and permit the agency to impose civil penalties on [internet service providers] that hurt consumers.[1]

Reason One:  Instead of forthrightly passing regulations that might be unpopular, “enabling” their implementation by unelected agencies.

Reason Two:  Burying the “enabling” in unrelated legislation, in hope no one will notice.

And then there’s this:

Remember all that scorn in Congress about evil shortsellers betting against America and bringing the country down?

Well, it turns out Congress-people did it, too.  And they used derivatives to do it, which they now say they abhor.

A member of Congress purchasing bearish exchange-traded funds is analogous to a professional baseball [player] betting against his own team. 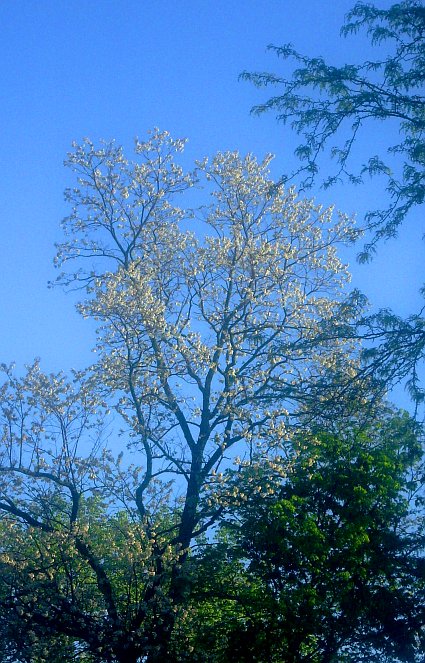 “Did I ever tell you about…
…the time I decoupaged myself into my panties?”
(You KNOW you’ve gotta follow this one!)

1 Yea, verily.  And it doesn't hurt that the link goes to someone legitimately crushworthy.