Sunset after the storm 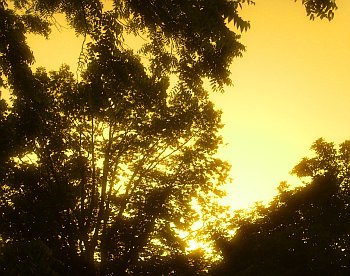 Clipfile - June 16, 2010 “A man of the Left cares not what you do as long as it is compulsory.” - various, most recently Shootin’ Buddy

That man is simply brilliant!

If only more people, especially judges and Congress, realized this.

TREE-mendous!
Crisis at the Branch Office  Dept
Help a gal out, would’ya?

Oh, so THAT’S why...
R.S. McCain makes a point that may explain the Wall Street Journal’s new obsession with the World Cup:

In an American context, avid soccer fandom is almost exclusively located among two groups of people (a) foreigners — God bless ‘em — and (b) pretentious yuppie snobs.

Let’s see: Mr.Murdoch in column A, most of the staff in column B... yeah, it fits.

In fairness, this wasn't NPR. It was the utterly wretched and still pro-Communist Nation, which is even more nauseating than Mother Jones, if that's possible.

But that NPR finds it worth repeating says all you need to know about NPR.

Will a real GOP congress finally de-fund this monstrosity?

On 9/11 we were rocked but held together.

Beyond the immediate needs to improve security and dismantle “organizations of destruction,” Obama wrote, lay the more difficult job of “understanding the sources of such madness.”  He wrote of “a fundamental absence of empathy on the part of the attackers,” of “embittered children” around the world, of the seeds of discontent sown in poverty, ignorance and despair.

The towers had yet to fall when the “progressives” began bleating “Why do they hate us?” and calling for “understanding” of “root causes.”  Most were soon shouted down, but their minds remained unchanged:  Soon they’d be trotting out the same arguments to oppose any concrete action by the “eeeevil Boosh.”

The progressives *never* “held together” with the rest of America  after 9/11 (although they often loudly proclaim that they did).  Just because Noonan the Nitwit has forgotten her liberal buddies’ behaviour doesn’t mean the rest of us have.

Yeah, and she was all for Øbama until he was elected and she found out what a commie the guy actually was.

Of course we all knew that before the election.

Blog•Meet: June is running out...
...and Shermlock wants us to pick a date and venue... 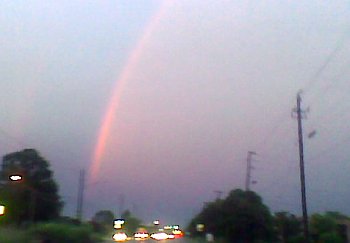 “I don't think this is comedy. I think it's pathetic and sad.”
Tales from Post-Racial America  Dept
Ace:

An audiocard in which a cartoon rabbit speaks of the solar system and “black holes” is deemed racist, because a bunch of ignorant, uneducated subcretins have never heard of “black holes,” and therefore insist on hearing it as “black whores,” even when they’re shown the script.

The bad news?  Rather than stand up to this idiocy, Hallmark looked at its bottom line and figured a PR war with the NAACP wasn’t worth it.

You know what?  If you’re going to be stupid, uneducated, and ignorant -- and willfully, even proudly so -- you can’t really blame other people for noticing.

If this is what the L.A. NAACP now considers a priority for direct action, Los Angeles must be completely racism-free.  Three cheers for progress.

We spoke to Poole Council in an effort to get to the bottom of the affair.  They were quick to reassure us that there was no requirement for a licence to take photos on Poole beaches.  So did Mr 8 actually tell someone that they needed one?  Their spokesman was unable to help us with that.

What about the guidelines?  Where can individuals obtain a copy of them?  They were not, according to the Poole spokesman, available on the web – but he was unable to explain exactly where they might be found.
...
Poole Council are not without form on this issue...  ...Freelance photographer Steve Cook claims that a council official said he was not allowed to take pictures on Sandbanks, another Poole beach, without a permit.